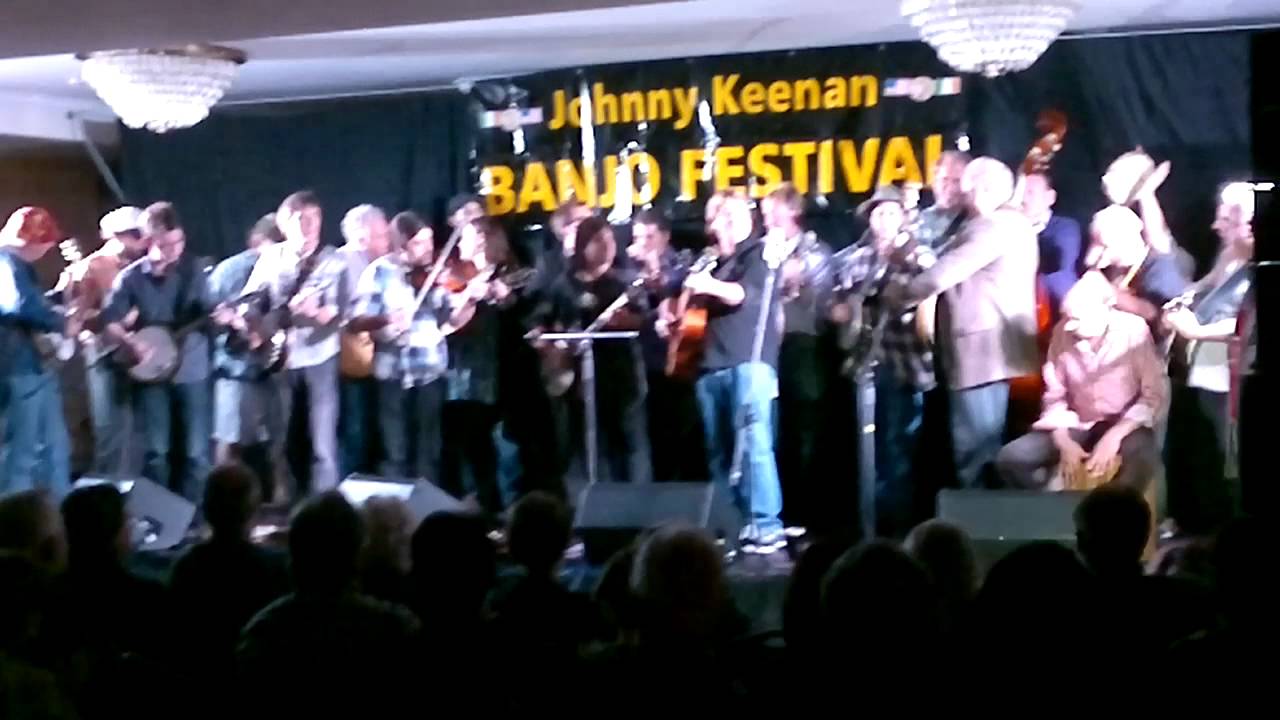 While the crowds could have been bigger, the organisers can feel well-pleased with the overall success of the Johnny Keenan Banjo Festival, which was held in Tullamore, Co. Offaly, over the the weekend of September 21-23. The combination of sunshine and music provided the ingredients for a magical and uplifting experience that helped to ease the doom and gloom which currently envelops our country. It was so nice to see people milling around the town enjoying the lots of free entertainment on offer in the local hostelries and on the main stage in the town square. This truly has developed into an International event and attracts fans and musicians from all corners of the globe. We had bands from Spain, Czech Republic and the USA. The many workshops, lectures, the festival clubs and the main evening concerts were held at the spacious Tullamore Court Hotel, and were well-attended and well-organised.

The gatherings (Pickin’ Parties) proved to be a great success and were a great way to end the day on the following morning, if you get my drift. Some of the many highlights for me personally were the Saturday night concert, especially the performance by headline act Blue Highway, featuring Rob Ickes on Dobro, and the Niall Toner Band. Niall will spend a month in the USA touring and promoting his new album, which is on general release there. Suzy Bogguss was another highlight who gave an outstanding performance, posing freely for pictures later. Gerry O’Connor was amazing on banjo. The jewel in the crown though for me was the 10am mass on Sunday in the Cathedral, where the musicians played and members of Blue Highway sang a capella. It was a truly memorable experience and greatly appreciated by the large gathering present. Traditionally staged in Longford, this was its first year in the new setting of Tullamore, Co. Offaly and hopefully it will quickly establish itself as the major festival it undoubtedly is, and receive the support it deserves. One suggestion I would make is to perhaps put more emphasis on the International music side of the festival, rather than a banjo fest. It really is a lot more than just a banjo festival.