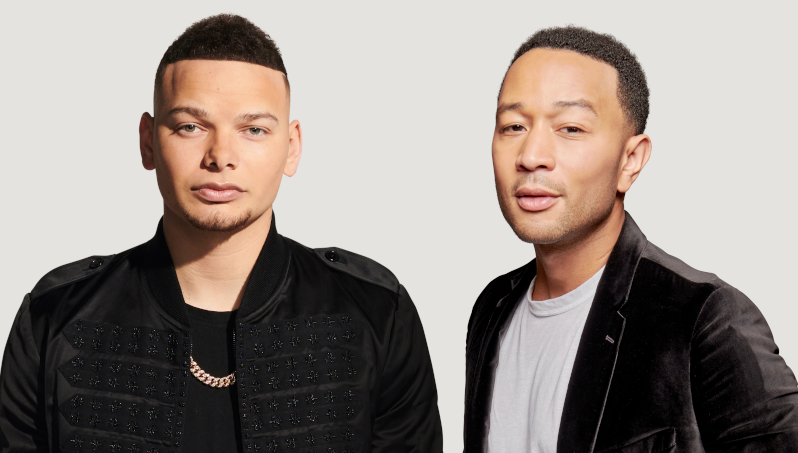 Kane Brown has joined forces with John Legend on his latest release Last Time I Say Sorry, which is his first single of 2020. You can listen to it here.

The collaboration is something of a shock, though it isn’t the first time that Brown has linked up with high profile artists in other genres – most notably One Thing Right with Marshmello.

The track was co-written between the two, in addition to Matt McGinn and Andrew Goldstein – the latter of which also producing the track, which came about after Legend and Brown met backstage on an episode of The Voice.

Brown was there to perform Homesick, while Legend was a coach on the show and the two hit it off and agreed to head into the studio to get something down.

Kane Brown has very much made the most of 2020 so far, with the artist also performing his first ever UK date at a sold out O2 Kentish Town Forum in London and this single now represents the next step.

Brown’s last album, the Platinum certified ‘Experiment’, came out in November 2018 and there is speculation that a new album could be emerging at some stage this year, though we will have to wait and see on that front.