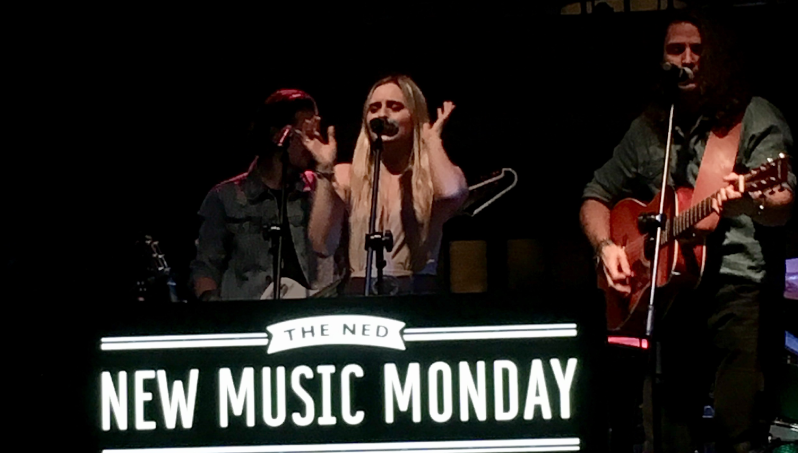 Upcoming country music artists Katy Hurt and Holloway Road both put in eye-catching sets at The Ned, London on November 12 as part of the New Music Monday event, with both being received brilliantly by the audience.

Essex duo Holloway Road played a number of tracks from their recent EP, ‘Broke’, and despite playing in an environment with capped volume levels due to the fact there were seven restaurants in the nearby area, the band made the most out of the situation they were in and delivered with aplomb.

EP closer Reckless was the pick of their set, with the band demonstrating just why they are seen as a group with a lot of potential within the genre.

Katy Hurt then effectively punched a hole through the ceiling with her powerful vocals, as the capped volume limit struggled to contain the artist with her band, but to great effect.

New single Revved Up and fan favourite See Ya Later both generated big reactions from the crowd,  as Hurt put in a big performance before her final headline show of the year on December 1  at Sixty Sixty Sounds in London.