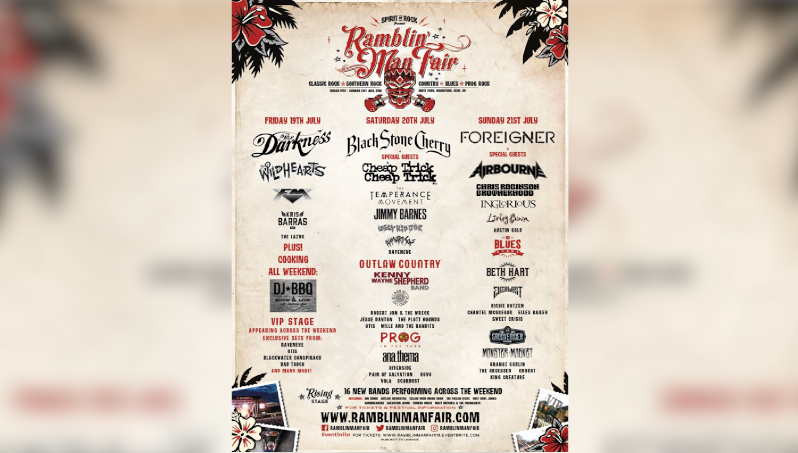 The Ramblin’ Man Fair 2019 Outlaw Country Stage has been announced and Kenny Wayne Shepherd will headline it once again, having done so in 2017. The festival takes place between July 19-21.

Shepherd is among good company on the bill and is joined by a number of rockier country acts, such as Jesse Dayton and Wille and the Bandits, with the festival catering for classic rock, Southern rock, blues, prog rock and country rock fans.

The festival itself will be headlined by The Darkness, Black Stone Cherry and Foreign, while acts such as Airbourne, Beth Hart, Kris Barras, Cheap Trick and Ellis Bailey will be appearing throughout the weekend.

2019 is shaping up to be a very busy year for Kenny Wayne Shepherd, who has also just released his latest album ‘The Traveler’ and has a two-part UK tour in support of that.

The first part of the tour covers the summer and will see Shepherd perform three headline dates in addition to Ramblin’ Man, while the second part of the tour will see him embark on a five-date headline venture in the winter – including a date at O2 Shepherd’s Bush Empire on London. Tickets are available here.