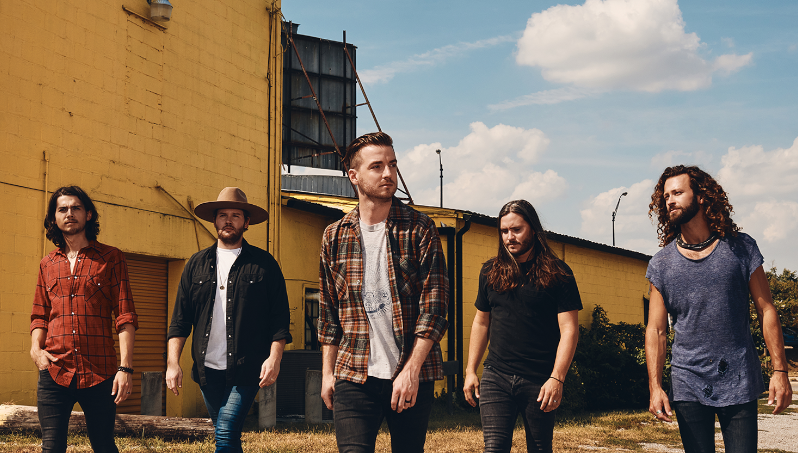 Rising US group LANCO have surprised their fans by releasing two songs in the shape of What I See and Old Camaro, which form part of the ‘Lessons Learned’ two-pack bundle. You can listen to both tracks here.

The five-piece, which are made up of Brandon Lancaster (frontman), Chandler Baldwin (bass), Jared Hampton (keyboards), Tripp Howell (drums) and Eric Steedly (guitar), were due to release their follow up album to their colossal debut ‘Hallelujah Nights’ this year, but for one reason or another, this just hasn’t happened.

However, fans will rest easy with the news of the two songs – of which, What I See has been chosen to be their next single from that upcoming record, following in the footsteps of Rival.

Speaking about the song, Lancaster opened up about the idea for the song and how it came to them and how places that we see and think nothing of can have huge significance to someone else.

“We had the idea for What I See after our bus picked us up in this little random parking lot with just a rundown bar and restaurant,” Lancaster said. “To us, it might have been insignificant as we were just passing through, but to someone, it could be a landmark.

“This could be the place where someone spent all their Friday nights or had their first fender-bender in high school. We started talking about all our upbringings and realised that we all have those places in our own towns that meant something to us whether it’s the football field or just an exit sign.

“Though insignificant to most, they are part of our stories, so this song shines a light on the idea that ‘there’s more than meets the eye.’”

Earlier this year, LANCO embarked on a full UK tour and also sub-headlined The Long Road Festival. They are now gearing up to support Miranda Lambert on her 2020 Wildcard Tour.