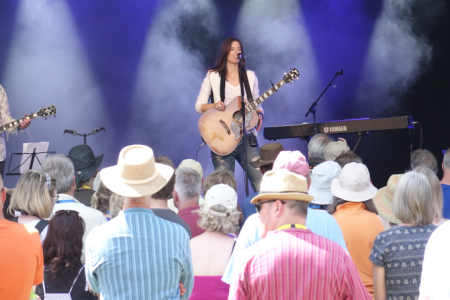 For the last eight years, UK born singer-songwriter Callaghan has criss-crossed the USA playing thousands of shows in venues, homes and gardens across 47 states

As she gets ready to kick off her UK tour in York on 30 October, we asked her to share her top five memories from years of touring across the USA.

The 30A Songwriters’ Festival, Florida in January 2011

The 30A highway is a very beautiful stretch of road in Florida’s panhandle. Each year, over Martin Luther King Weekend, the small towns dotted along the highway host the 30A Songwriters’ Festival. In January 2011 Shawn Mullins was headlining the event with an outdoor show overlooking the Gulf of Mexico.

I had moved to the USA from London about 6 months earlier to record my debut album with Shawn. I had contacted him online a year or two before that as I knew he produced his own albums and I was a big fan. His album Soul’s Core was the record which inspired me to want to become a songwriter.

One of my favorite songs from that record is called The Gulf of Mexico. I opened the show for Shawn that day then listened to his incredible band play that track while overlooking the deep blue waters of the gulf. It was a chilly, bright, January day with lovely blue skies and an amazing audience, and I remember thinking that coming to the USA was working out OK!

The Giant Redwoods of California

On west coast tours traveling betweenPortland Oregon and San Francisco I always try to stop and see the Giant Redwoods in northern California. I think that in all my travels across the USA they are the single most amazing thing I have seen. It’s impossible to convey just how massive they are, and just how small they make you feel.

In fact, I think that if you visited them, then went away for 10 minutes and came right back you would be just as amazed all over again because it’s impossible for your brain to compute and remember their sheer size.

Some of the trees are 2,000 years old, up to 22 feet wide and 360 feet tall – about as tall as a 35-story skyscraper! There’s a real feeling of peace among the trees and it’s a great place to visit. You do have to watch out for bears though! 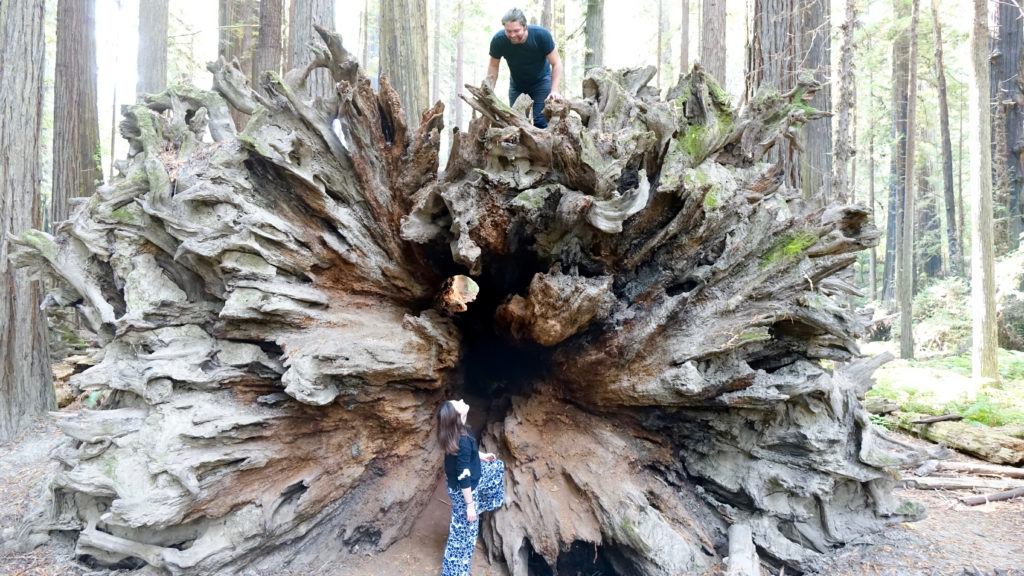 The Telluride Americana Festival in Colorado

Just after my last UK tour ended in Hyde Park we flew back to Chicago and then had to drive 1400 miles in 2 days to get to Telluride for the next show. The city is high up in the Rocky Mountains at 2,600 meters (8,500 ft). It’s surrounded by amazing views and hikes – but you need a day or two to catch your breath and get used to the altitude. It’s quite interesting performing a show at that altitude because it’s easy to get light-headed quickly when singing. In fact the dressing room had an oxygen tank installed just incase!

The USA is HUGE

That drive from Chicago to Telluride is a reminder of something I’ve never got used to – the sheer size of the USA. It’s one of the reasons my Toyota has 417,000 miles on the clock! One year we did a six-week tour of house shows (concerts in fans’ homes and gardens) which stretched from Key West in Florida to Seattle in Washington State. We called the tour ‘Callaghan Across America – Corner to Corner’.

The tour ended on a Sunday and we had to be back in Nashville by Thursday to play at the Bluebird Cafe. Without checking the map we assumed we had plenty of time to get there and could take in some sights like Yellowstone Park and Mount Rushmore, but when we checked we realised that the drive was 39 hours long! We left on Monday morning and only just made it to soundcheck on time at The Bluebird 4 days later!

It’s an incredible journey getting to drive across the country because you pass through so many different landscapes. From the luscious green forests of the North-West corner, to the coastal roads of California, across mountain ranges, and deserts covered in cacti that can sometimes feel like you’re driving on the moon!

Ever since moving to the USA I’ve been constantly surprised and encouraged by the amazing generosity and kindness of strangers.

I’ve been lucky enough to stay with, and even live with, people who hardly know me! I’ve lived in Atlanta, Nashville and now LA and each time the move begins with fans who have become friends saying “why don’t you just stay here for a while?” I’ve also played hundreds of house shows for fans and their friends all across the USA.

Now when we tour we hardly ever have to get a hotel. There’s usually someone nearby who we can stay with. Many of our hosts have become friends we stay in touch with and it’s great to go to a family home rather than a hotel after a show.  It’s really helped make touring financially possible, and certainly makes it a lot more fun.

I began touring again in the UK in 2015 and over the last couple of years it’s been fun seeing the reaction of the US musicians who come with me to the sights, sounds and tastes of the UK. I should get them to write an article like this one!

Callaghan’s UK tour begins on October 30th in York supporting her new self-titled album, described in our review as “a euphoric collection of piano led songs”. The tour includes shows in Edinburgh, Leeds, Preston, Birmingham, Bristol and The Wirral with a special headline show at this year’s London Roots Festival on November 7.

Full details and ticket links are available at www.callaghansongs.com/live