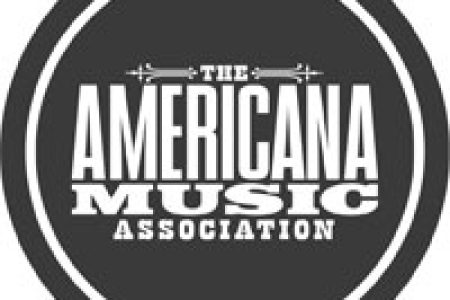 The Americana Music Association has announced the selection of Buffy Sainte-Marie, Don Henley, Gillian Welch & David Rawlings, Ricky Skaggs and Los Lobos as Lifetime Achievement Award winners to be presented at its 14th Annual Honors & Awards ceremony, presented by Nissan, on Wednesday, Sept. 16 at the historic Ryman Auditorium in Nashville. Each of these artists will perform and the show will be taped for air on PBS later in the year. Buffy Sainte-Marie will receive the Spirit of Americana Award, Free Speech in Music co-presented with the First Amendment Center. Since the 1960s, Buffy Sainte-Marie has been arguably the worldâ€™s most visible and vocal Native North American folk singer and social activist, but sheâ€™s been so much more, including a visual artist with a PhD in fine art, an educator and a philanthropist. She is a Cree Indian from Saskatchewan who was raised as an adopted daughter in Massachusetts. She became a prominent artist on the folk music circuit, appearing on Pete Seegerâ€™s Rainbow Quest, The Johnny Cash Show and even Soul Train. Her songs wrestle honestly with politics, war and identity. At her most effective, sheâ€™s blended personal conscience with philosophical perspective, as with the remarkable song â€œUniversal Soldier.â€ Sainte-Marie remains outspoken and energetic to this day; sheâ€™s back on tour with the new album Power In The Blood, her first studio project in seven years. Don Henley will be presented with the Lifetime Achievement Trailblazer Award. With a career that helped take the Eagles to the stratosphere and a string of scintillating, hit-producing solo albums, Don Henley is an icon of California-tinged country/rock and thus Americana music itself. Henley was raised in northeast Texas â€” a fact celebrated on his rootsy new 2015 collection Cass County. Arriving in Los Angeles after college, he joined Glenn Frey in Linda Ronstadtâ€™s band, forging the core of The Eagles, which launched its epic career in 1971. Henley collaborated with Frey, JD Souther, Jackson Browne and others on hits such as â€œDesperado,â€ â€œTake It To The Limit,â€ and â€œTequila Sunrise.â€ During the Eaglesâ€™ long hiatus in the 80s and 90s, he was the most successful solo artist to emerge from the band, and while his sound leaned harder on modern rock, he also continued to work with country artists including Ronnie Dunn, Trisha Yearwood and Alison Krauss. Henley took on environmental issues in the 1990s, founding the Walden Woods Project and the Caddo Lake Institute for ecological education and research. Heâ€™s been a prominent voice for artistsâ€™ rights in the recording industry as well. The Lifetime Achievement Award for Songwriting goes to Gillian Welch & David Rawlings. When the duo’s first album, Revival, appeared in 1996, it was a shock wave on the American music landscape. With songs like â€œOrphan Girl,â€ folk and bluegrass suddenly had exemplars and stars who were young and worldly, traditional and innovative, and who foreshadowed a new generation with interest in and respect for roots music and its many offshoots. Since then, their songwriting has graced seminal albums of the last two decades including O Brother, Where Art Thou? (“Didn’t Leave Nobody But The Babyâ€) and their own, Time (The Revelator). Their songs exemplify the breadth of Americana music and have been recorded by Alison Krauss, Emmylou Harris, Solomon Burke, Jimmy Buffet, Z.Z. Top, Joan Baez, and The Punch Brothers. Their timeless tunes have also found their way to campfires and parking lot pickers everywhere. Now, six records and two decades into their career, the songwriting team of Welch & Rawlings has created a catalog that we will cherish and sing for generations. Ricky Skaggs will be honored with the Lifetime Achievement Award as an Instrumentalist. The 1990s revival of bluegrass music depended on a number of indispensible things happening almost at once, and one of those was Ricky Skaggs assertively returning to his Kentucky roots. His wide ranging musicianship and deep feeling for mountain music had been on display from his appearance at age six on the Flatt & Scruggs TV show, and it carried on through career stages with Ralph Stanley and Keith Whitley and then to country radio, where he helped fuel a timely neo-traditionalist movement. Skaggsâ€™ country records and his road bands were charged with top flight picking, including his own on mandolin, an instrument he studied at the feet of Bill Monroe himself. In the years since his era-shaping Bluegrass Rules album came out, heâ€™s promoted the art of the bluegrass instrumental and collaborated with unexpected instrumentalists, such as Bruce Hornsby, with unexcelled evangelism and craft. In the category of Lifetime Achievement in Performance, the honor goes to Los Lobos. Far more than â€œjust another band from East L.A.â€ as an early album title promised, Los Lobos changed the look, sound and language of roots music, making it more inclusive and reflective of the American story. The founding four members, Cesar Rojas, David Hidalgo, Louie PÃ©rez and Conrad Lozano, plus early addition Steve Berlin, have made music of consistent searching fusion since the mid-1970s. The bandâ€™s career was bolstered, but by no means defined, by their chart-topping 1987 cover of â€œLa Bambaâ€ for a movie soundtrack. By negotiating a space between traditional Mexican song, L.A. rock and classic soul, Los Lobos nurtured an identity thatâ€™s been adventuresome and unifying.