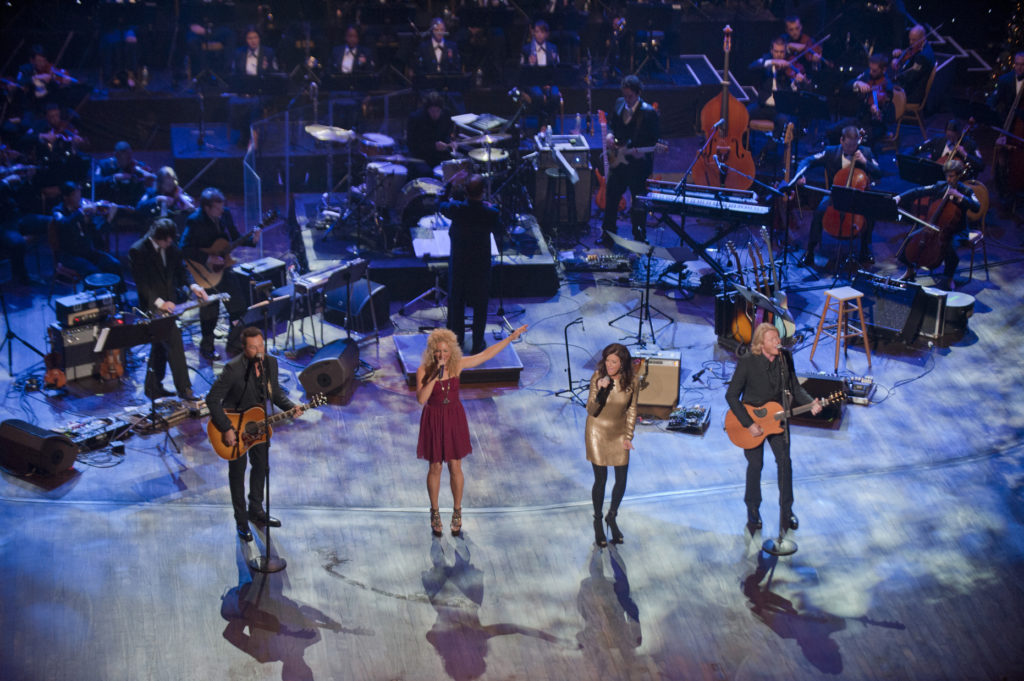 Grammy-winning vocal group Little Big Town have been paid special attention this week, drawing excited music fans to the Country Music Hall of Fame owing to an exhibit dedicated to the foursome.
Neon signs used on the album cover for Pain Killer, Karen Fairchild’s wedding dress and costumes lined with LED lighting from the 2014 CMA Awards are amongst the host of items on display to the public. Also on display will be the story of how the group came together, its early struggles, and each band member’s personal childhood experiences.
Little Big Town members Karen Fairchild, Kimberly Schlapman, Phillip Sweet and Jimi Westbrook have released hits including The Road to Here (2005), Tornado (2012), Pain Killer (2014), and, most recently, The Breaker (2017).
The exhibit, titled The Power of Four, will last until June 9, 2019.