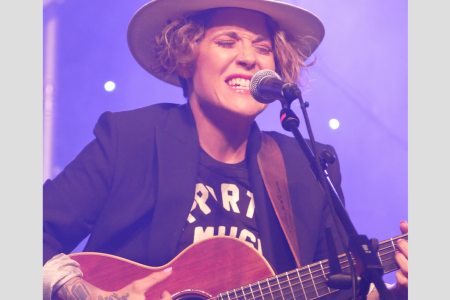 It’s been a long festival season here at Maverick and we’ve seen some of the finest country stars from around the world over the course of six festivals. The British Country Music Festival saw some of the best artists from across the UK come together and showcase the stories of their roots through the genre that we’ve all come to know and love.

Thursday began with a social event and a preview of the Blackpool illuminations from one of the famous heritage trams. There was music onboard and it offered festival goers a chance to meet like-minded people before the main festivities began on the Friday. As people sung along to ‘Jolene’ and ‘Country Roads’ they got in the mood for the weekend ahead.

With three different stages dotted around the Winter Gardens, there was plenty of choice for attendees but it was Rosey Cale who started things off on the acoustic Arena stage. A large audience had already gathered when she kicked things off and she drew them in with her voice and storytelling lyrics. Next, it was the turn of Shellyann and her fabulous band to ramp up the energy with an upbeat set. Her powerhouse vocals demanded the attention of the room as she entertained the crowd. Following her set, Gasoline and Matches performed an extended full band show, Steven enjoying every guitar solo as Sally, with a smile on her face the whole time, confidently belted out each note.

Attention turned to the Empress Ballroom where Matt Spracklen was hosting all weekend. It was Noble Jacks who opened the show with their toe-tappingly good brand of country followed by Harleymoon Kemp. Kemp broke onto the scene in lockdown and she has been entertaining crowds ever since. Dressed to the nines in a sassy, country themed red outfit, complete with cowboy hat and hooped earrings she had the audience in uproar as she told the stories, mostly about boys who have done her wrong, behind her songs.

Headliner Amy Wadge couldn’t have been more different with her stripped back stage set-up, but both worked well. Wadge played an array of songs she’d written for other people including ‘Thinking Out Loud’ and a track that featured on Michael Ball’s record as well as playing songs from her own EPs and solo records including ‘Older’ and songs from the hit TV show ‘Keeping Faith’. All the while she told the stories behind each track whilst the audience listened attentively – you could hear a pin drop! She concluded on her rendition of ‘Spaceman’ the song she co-wrote for the UK’s entry to Eurovision song contest. It was a more delicate version, her voice was pure as she hit that top note.

Saturday began with some jogging to and from venues as Katie O’Malley opened the Arena stage with a full band set whilst in the Horseshoe Pavillion, Celine Ellis held the audience with an endearing acoustic set. The Rising and The County Affair were standouts on the Arena stage in the early afternoon whereas it was a packed house for Kezia Gill on the Horseshoe Pavillion stage. She had the crowd laughing along as she forgot her own words and improvised a solution! She also played a couple of songs that had never been heard before, the audience obliged as she kindly requested they didn’t film and put it on the internet.

Brooke Law captivated the room on the acoustic Arena stage. She was an unknown name to many before she bugged but they queued to meet her afterwards as her powerful voice reeled them in and her exemplary songwriting held them there. In the Empress Ballroom at night, people crowded the dance floor as The Wandering Hearts, with their beautiful harmonies ringing round the room took to the stage. They played a range of songs from their most recent release to their earliest singles with the audience stomping along to the likes of ‘Devil’.

A surprising name followed who took the scene by surprise upon her announcement – Lucy Spraggan. But she would surprise those in attendance even further as she told the stories behind her funny and quirky songs which were performed by her very well rehearsed band. She was the talking point and the highlight for most at the festival as they began to see and hear the crossover into country that sits, deep rooted within her songwriting approach. She talked of her time on the X-Factor and played songs from that era as well as her latest album. She shared stories of the impact visiting the US has had on her craft. Headliner Tom Odell came on next, his voice was incredible and the moody lighting complemented his stripped back set full of piano ballads. Laura Evans couldn’t have been more different as she brought a lot of energy to the Blackpool stage as she closed the evening out. Her stage presence you couldn’t fault.

The final day of the festival was much more relaxed. It began with a wonderful songwriters carousel hosted by Laura Oakes. It was a chance for the artists to dive into more detail about the songs they had written, how they had written them, and why. They each took it in turns and the crowd listened attentively as they went down the line three times. The rest of the day was full of energy as Robert J Hunter Band and Sunbirds played upbeat sets, the latter was a tight knit outfit with sublime harmonies and they went down a treat with the Blackpool audience. Jess Moskaluke, who was the only international act on the line up continued to ramp things up as she strutted around the stage with her powerhouse vocals echoing around the room. The Canadian has some stellar songs on her record ‘The Demos’ which she played some songs from.

Everything was well thought out, from the staging, lighting, to the sound, it was such a brilliant weekend, packed full of the best country talent, Britain has to offer! 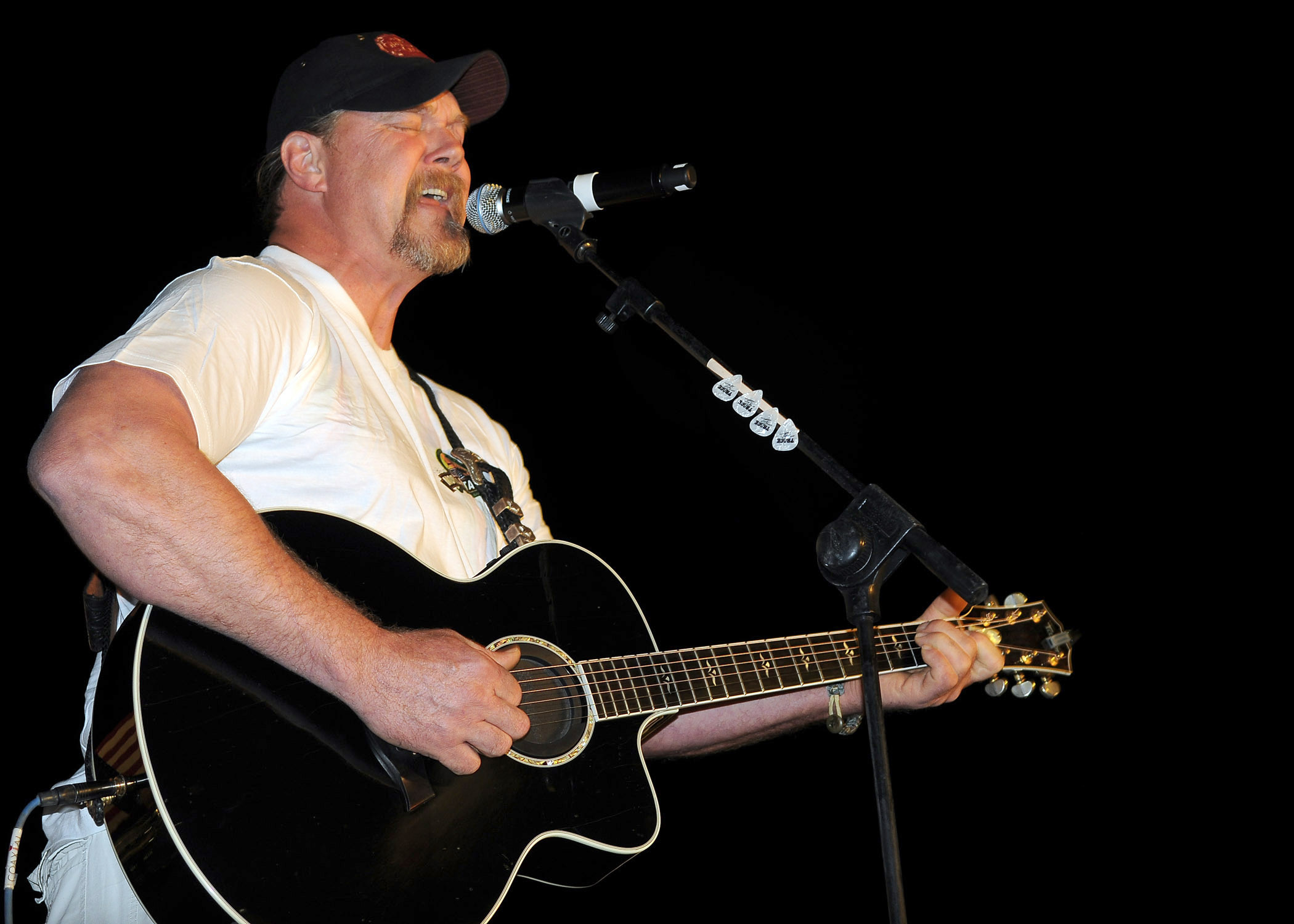 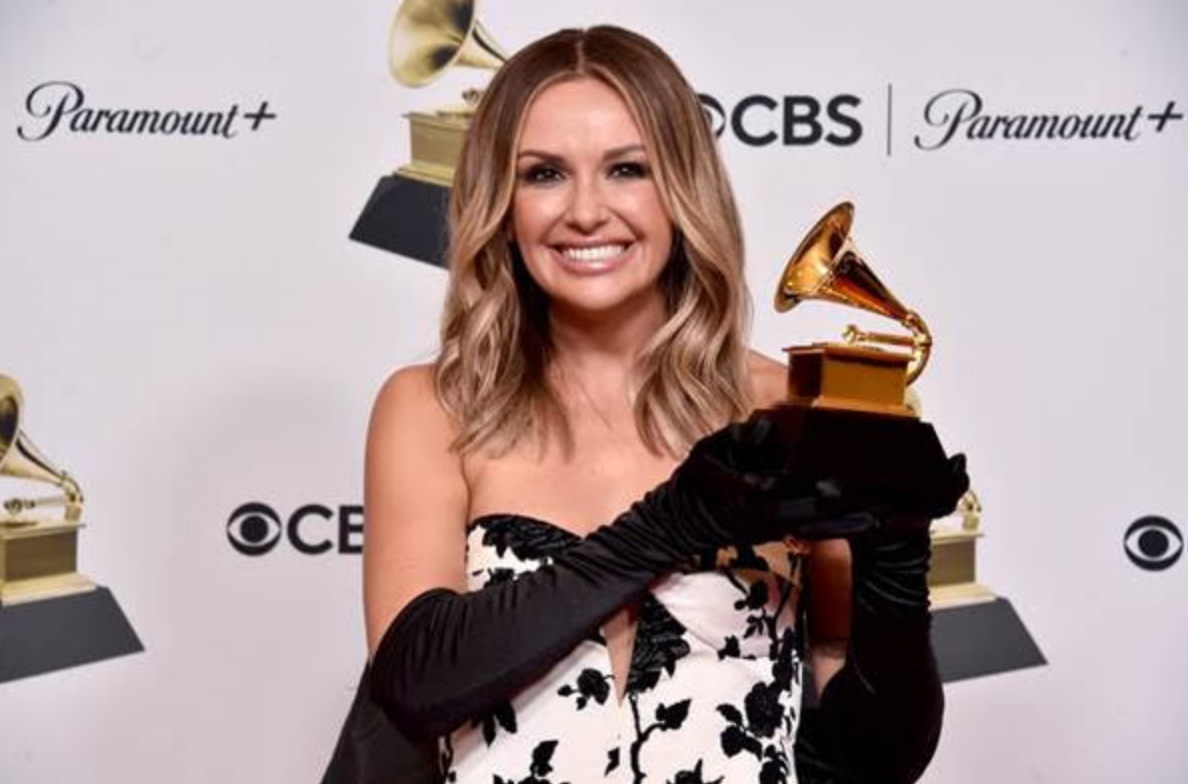 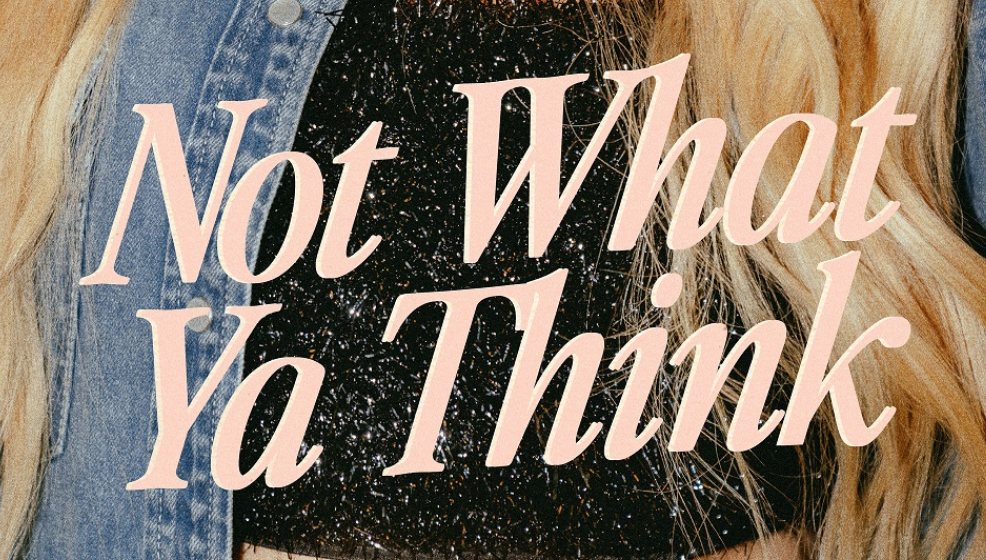