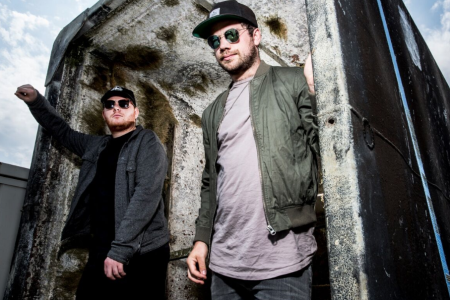 A major new greenfield music and lifestyle camping festival is set to bring the world-famous, inimitable sights and sounds of the country music scene to the UK in 2018. Taking place within the grounds of Stanford Hall in Leicestershire from September 7th – 9th 2018, The Long Road will present one of the UK’s largest, most authentic celebrations of country, Americana and roots music featuring five stages of live performances, bespoke food events and a wide range of themed outdoor activities.
Curated by Tennessee-born country music specialist and radio presenter Baylen Leonard, The Long Road will present a broad array of artists, from iconic US stars to up-and-coming home-grown talent, and the first wave of acts to be announced for the inaugural event includes US country star Lee Ann Womack, acclaimed singer-songwriter Billy Bragg, multi-platinum-selling singer-songwriter Angaleena Presley, British country duo The Shires, popstar turned country music singer Una Healy and Texan singer and winner of The Voice USA Danielle Bradbery. Reflecting the extraordinary surge in popularity that country music has enjoyed in the UK in recent years, The Long Road will also feature a strong contingent of rising star UK acts across the weekend including hotly-tipped London-based duo Ferris & Sylvester and country-soul singer songwriter Yola Carter.
Much more than just a music festival, The Long Road will embrace all aspects of the country and Americana scene and, alongside its live music offerings, will incorporate an array of themed activities including Moonshine and bourbon tasting, instrument and songwriting workshops, wild swimming, a Southern-inspired food & shopping village and much more, providing festival goers with a unique, authentic country music lifestyle experience.
Marking the first time the platform has teamed with a country music event, BBC Music Introducing will host their own stage at the festival, which will be fronted by presenter of BBC Radio 2’s weekly country show Bob Harris and will showcase some of the UK’s best unsigned talent. The festival has also partnered with a carefully selected pool of specialist country and Americana organisations including The Birthplace of Country Music, which showcases the role that Bristol, Tennessee and Bristol, Virginia played in the birth and development of country music, The Bluegrass Situation (BGS), an online music magazine and curator promoting the continued growth of bluegrass, roots, progressive folk rock, Americana music and culture, The Americana Music Association UK, and independent UK label Loose Records, who celebrate their 20th anniversary in 2018. These organisations will all be involved in bringing artists to the festival to showcase a broad array of talent from across the spectrum of country, Americana and roots music.
Angaleena Presley has said, “I’m so excited to be a part of The Long Road Festival. I love the inclusive vibe. I’m not only looking forward to performing, but also hanging out and enjoying all the fixins’. Great Food, good old fashioned country music and salt of the earth people. It’s gonna be yeehawsome y’all.”
The Long Road’s Creative Director Baylen Leonard also commented, “Being from Tennessee and having lived in the UK for close to 20years, I’m thrilled to bring the music and culture of both together in one festival. The dedication and passion of the UK country community is so amazing, we wanted to put together a festival that celebrated the music and lifestyle they love as a thank you to the fans for supporting country music. Whether you’re a country fan, an Americana fan, or a fan of great music in general, we wanted a welcoming place where everyone could come together to celebrate. This is a festival for the fans and we’re excited to share it with you.”
The full line-up to date is as follows:
Angaleena Presley
The Shires
Billy Bragg
Striking Matches
Danielle Bradbery
Una Healy
Ashley Campbell
Brent Cobb
Aaron Watson
Lee Ann Womack
Danny and The Champions of the World
Catherine McGrath
The Wandering Hearts
The Wood Brothers
Megan O’Neill
Two Ways Home
Holloway Road
Kevin McGuire
Twinnie
Laura Oakes
Ruby Boots
Jess and The Bandits
Gary Quinn
Parker Millsap
Yola Carter
Treetop Flyers
William The Conqueror
The Arlenes
Joanna Serrat
Ferris & Sylvester
Kasheena Sampson
Danni Nicholls
Midnight Skyracer
Worry Dolls
The Lone Bellow
Frontier Ruckus
Folk Soul Revival
Amythyst Kiah
Andrew Alli
The Long Road will take place at Stanford Hall in Leicestershire from September 7th – 9th 2018. Day tickets start at £40*, Weekend No Camping tickets at £85* and Weekend Camping tickets start at £99* (*plus booking fees).
Tickets go on sale at 9am on Thursday April 12th and are available from www.thelongroadfestival.com.