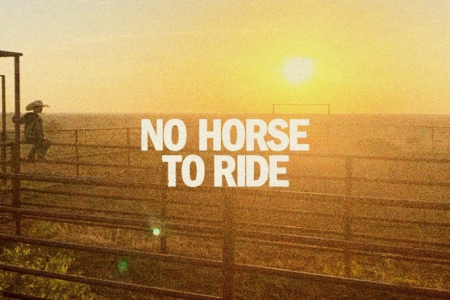 “I think of music as sort of a first love; it was my first creative outlet,” shares Grimes. “To be at the start of this journey, putting my own music out into the world, is beyond a dream come true. I’m grateful to the people who helped make this happen and to anyone who connects with these songs, I will do my best to keep them honest.”

Grimes, widely known for his role as Kayce Dutton on TV’s #1 show Yellowstone, has made no secret of his love of music and now, his own song “No Horse To Ride” is set to be featured on the show’s mid-season finale on Jan. 1 (Paramount Network).

When not on set, Grimes can be found spinning his favorite country albums and songwriting at home in Montana or in Nashville writing with some of Music Row’s elite including Jonathan Singleton, Tony Lane, Randy Montana, Brent Cobb, Jamey Johnson, Love Junkies, Josh Osborne, Jon Randall, and Jessie Alexander.

Grimes grew up playing music in the church as the son of a Pentecostal pastor. His father also laid the foundation for the music he loves, introducing him to the works of Johnny Cash, Merle Haggard, Willie Nelson, and Waylon Jennings. The Ohio native is now finding his own voice and style as an artist, inspired by the likes of Colter Wall, Ruston Kelly, Paul Cauthen, and the late Townes Van Zandt.

“No Horse To Ride” is the first song on Grimes’ forthcoming project with Grammy Award-winning producer and songwriter Dave Cobb.