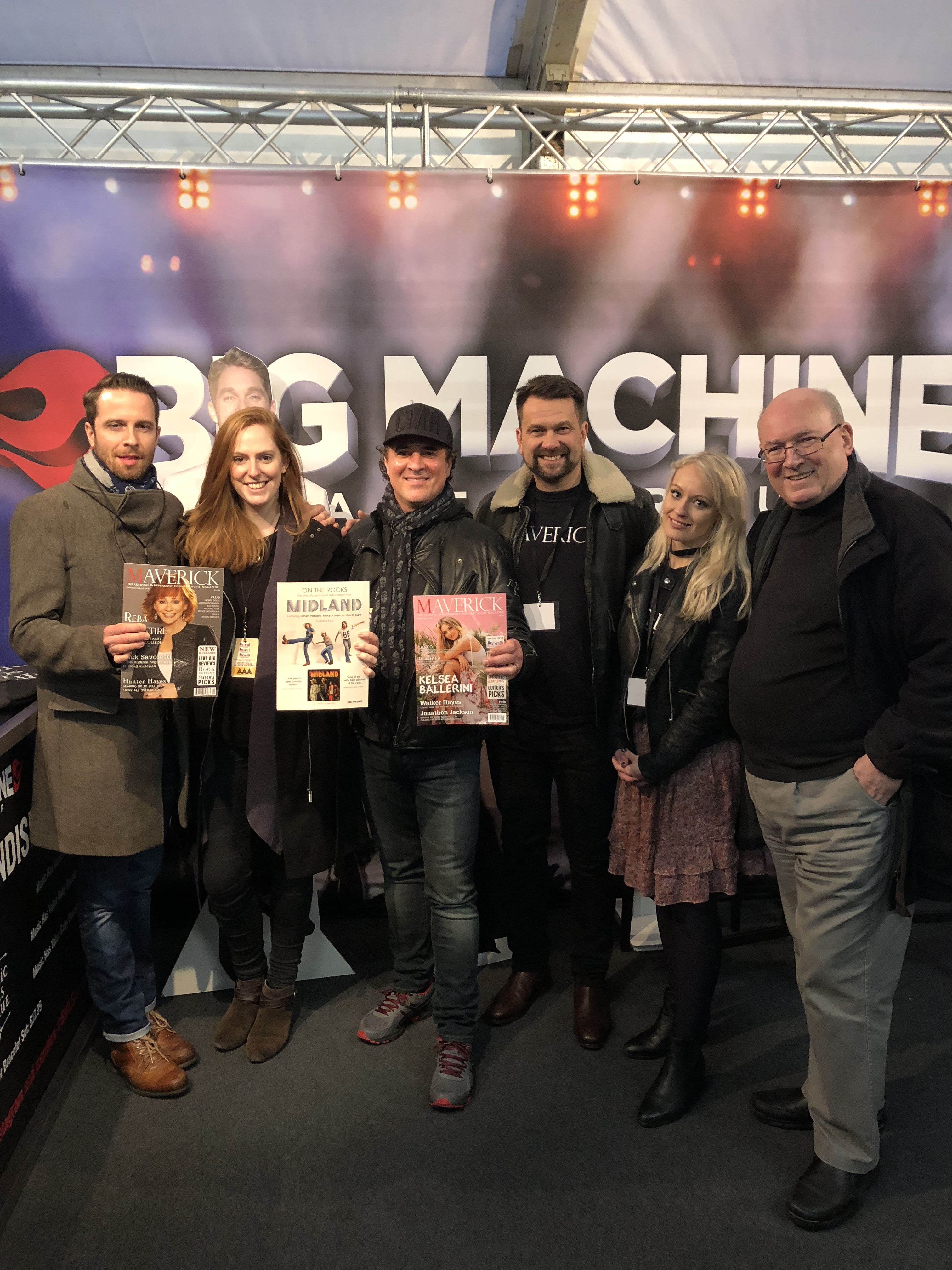 Maverick Magazine in the hands of Scott Borchetta and the Big Machine team at C2C!!!

The Big Machine team, including music mogul Scott Borchetta, showed their love of Maverick Magazine at the Country to Country event in London last weekend, where the group were snapped holding the #1 country music mag.

The Big Machine music label is behind such acts as Midland, Brett Young, Lindsay Ell and Danielle Bradbery and hosted their own booth in the Town Centre Stage next to where Maverick was offering its own magazines.

David Rossiter, Managing Director of Hand Media International – the publishing company behind Maverick – and the magazine’s Editor, Holly Payne, joined in the photograph after a discussion around the well-loved musicians.

Holly Payne said, “Big Machine’s portfolio of artists is rich and varied… I’m delighted to share with our dedicated readers the stories behind the talented selection of Big Machine’s country artists.”

The Big Machine Group ran a competition during the course of the major country music festival weekend, signed by their acts. Free merchandise was kindly given to Maverick from Scott Borchetta as well as visitors to the booth.