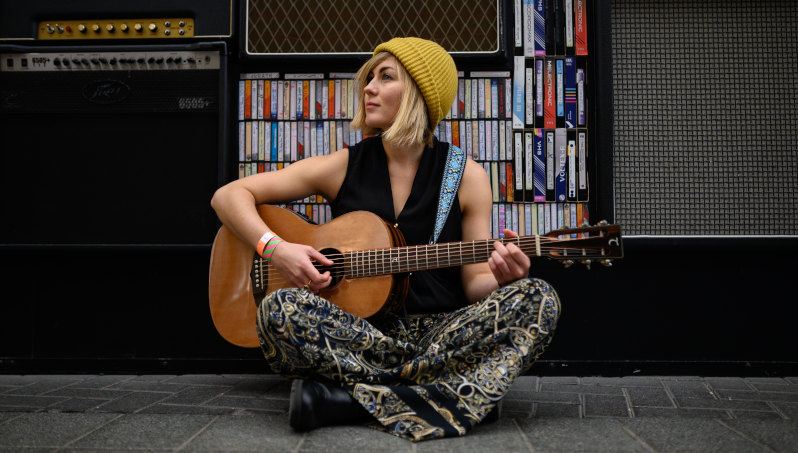 Megan O’Neill has released a new song called Devil You Know, which is the third standalone single that the Irish artist has released from her next project. You can listen to the song here.

Written with Essex-based artist Jake Morrell and produced by the Dunwells, Devil You Know follows in the footsteps of Rootless and Winter Sun.

Speaking about the song, O’Neill explained where the inspiration for the track came from and opens up on the song’s message, which ultimately is a positive one.

“I wrote Devil You Know based on the expression: ‘It’s better the devil you know than the devil you don’t’,” O’Neill said. “Sometimes in a long-term relationship, it’s easy to forget what it was like at the beginning when after a number of years, you’re so familiar with your partner and you often pass each other like ‘ships in the night’.

“That initial can’t-keep-your-hands-off-each-other phase is over. So the mind wanders and you wonder what it would be like with someone new – would it end up just the same as this after a number of years? Is this normal?

“By the end of the song, the singer realises that love just inevitably changes as the years go on – it might be less exciting in some ways but much more exciting in others. Building a life with someone is never easy and the singer here is quite sure she’s found a good one – despite it not being the honeymoon phase anymore!”

Megan O’Neill was set to tour Ireland and Germany in April, but the COVID-19 pandemic has forced her to cancel those dates.