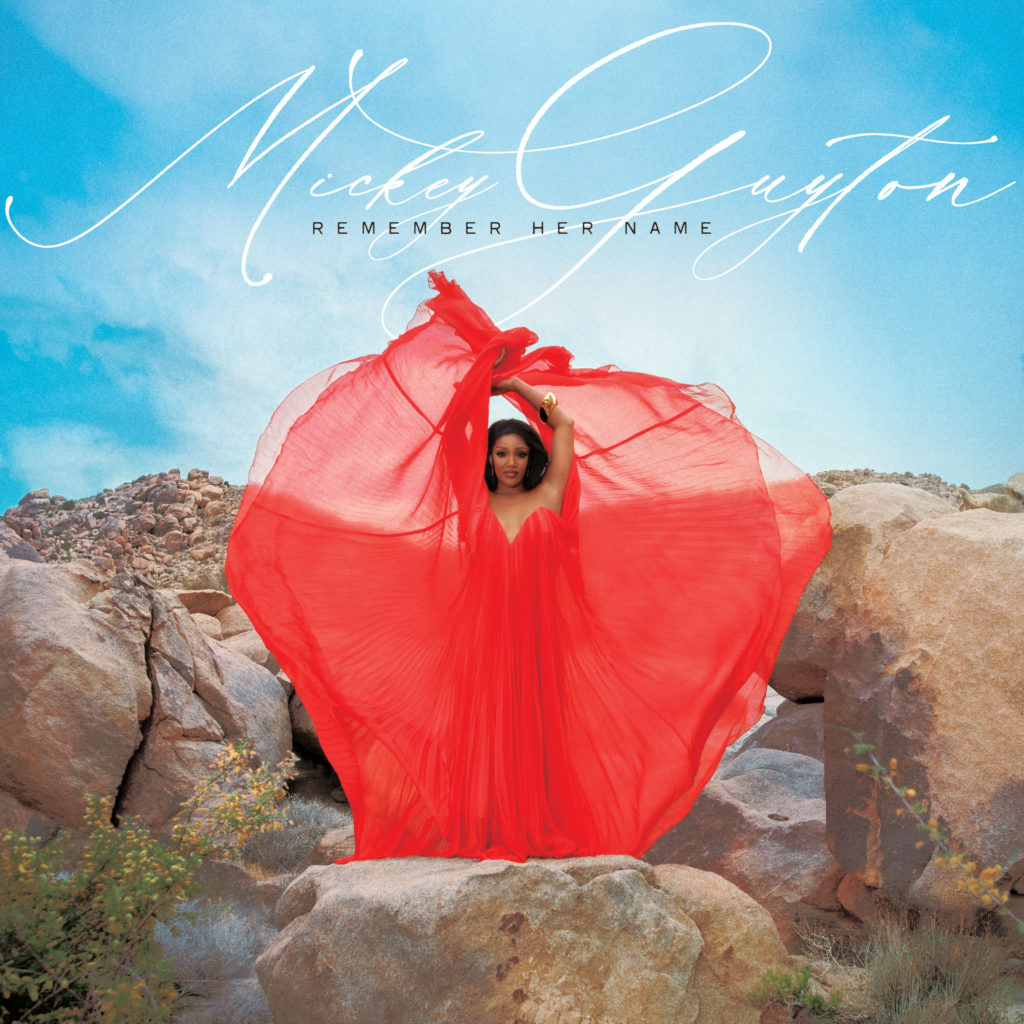 Capitol Nashville’s Mickey Guyton will release her album, Remember Her Name, on September 24.  Mickey co-penned 15 of the 16 songs on the album. Remember Her Name follows the release of her critically acclaimed EP Bridges which included “Black Like Me” for which she went on to receive a historic GRAMMY nomination.  Her performance on the prestigious GRAMMY show was the first by a Black female country artist and was touted by NPR as “the night’s most affecting live performance.”

“Remember Her Name is a culmination of the last ten years of my life in Nashville,” shares Guyton.  “This album is the closing of a chapter.  All those years ago, I set out to create music that would make people feel self-empowered, loved, and comfortable with being themselves and this album holds true to all of that. I hope everyone who listens finds something that connects and speaks to them.”

Mickey is coming off an incredible year that saw her co-hosting the 56th Academy of Country Music Awards in April with labelmate Keith Urban, a historic performance and nomination for “Black Like Me” on the 63rd GRAMMY Awards in March and “Black Like Me” being named a Top 5 song of 2020 (all genre) by NPR and The Associated Press.