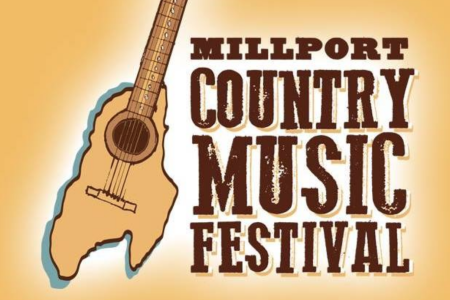 Millport country music festival returns this year and with a truly fabulous line-up! 37 artists will appear on five stages at this year’s festival, of which 11 will be from the US, 11 Scottish and the remainder from the rest of the UK and Ireland, representing a huge range of the country, Americana and roots genres. The focal point of the Saturday will be the Nashfield main stage which is headlined by the one and only Drake White and the Big Fire.

Drake White and the Big Fire

White makes his long awaited return to the UK after suffering a stroke in 2019 which put his life on the line not just his music career. But against all odds, White learnt how to walk again and fight back to return to the stage and studio. His latest album ‘The Optimystic’ is his most personal to date and acted as therapy for the Alabama native as he went through his recovery. Despite all of his trials and tribulations, White is full of life and energy, particularly when he is up on stage and is bound to capture the hearts of the crowd in Cumbrae. His most notable song is probably ‘Makin Me Look Good Again’ but our recommended song is taken off his latest album.

Texas native Sunny Sweeney is apparently excited to get over here and visit some castle’s! Well, the British scene can’t wait to welcome her with open arms as she brings her clever lyrics and powerhouse voice to the Millport stage. Sweeney has experienced the highs of a major label deal but now embraces her independence as it allows her the freedom to create the music she truly believes in. Her songwriting is full of wit and truth and is bound to capture the hearts of the Cumbrae crowd. With five albums under her belt and another on the way later this year, Sweeney has built a loyal fanbase and will have quite the back catalogue to draw from this summer.

Ross Wilson has quite a busy summer ahead of him, entertaining the masses with his blend of folk, jazz and soul. His songs build a connection with the listener through the raw emotion and authenticity he channels into the lyrics and the delivery. Hailing from Edinburgh, Wilson spent his creative formative years in East London, then moved to South England “to be by the sea’s energy” but it is in his homecoming that he has found where his heart is. Having toured the length and breadth of the UK selling out venues wherever they go and leaving a trail of fans in their wake, live performance is where Blue Rose Code really connects strongly with their audiences.

Morganway are one of the UK’s most in demand country acts. They are a six-piece from the East of England, founded by twin brothers Callum (vocals, guitar, bass) and Kieran Morgan (lead guitar, backing vocals). Throughout their early years the boys played in various bands but struggled to find a box to fit into. Choosing to follow their instincts rather than convention, they became Morganway and suddenly people started listening. Joined by SJ Mortimer (vocals), Nicole Terry (fiddle), Matt Brocklehurst (keys) and Ed Bullinger (drums), the band has developed a sound built on a love for multi-layered vocal harmonies, driven guitar riffs and distinctive fiddle flourishes, bound by raw, honest songwriting.

Missouri-born, Nashville-based Kenny Foster grew up singing in church. After graduating from Belmont university, Foster set up various bands and interned in the music industry for companies such as Sony and CMT. Learning both sides of the industry, both the creative and business, laid the foundations for Foster’s success later on in life. His latest single ‘Somewhere In Middle America’ is capturing the hearts and minds of country fans across the world and is another stellar addition to the Millport line up.