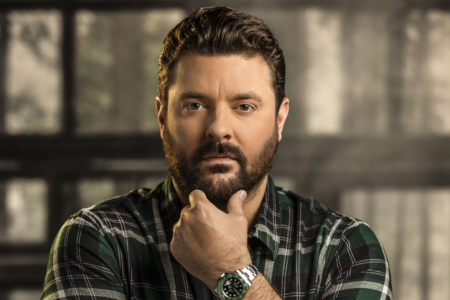 On June 29th six top country acts took to the Grand Ole Opry stage for a special live stream event to honour the American armed forces personnel currently serving abroad. Facilitated by Armed forces Entertainment, the show featured Lady A, Luke Combs, Lee Greenwood, Carly Pearce, Lauren Alaina and Chris Young. The event kicked off the Independence weekend celebrations in style and was a salute to those currently serving away from home.

The nominees for the class of 2021 have been announced for the Nashville Songwriters Hall Of Fame. There are four nominees in the Songwriter/Artist category; Brad Paisley, Shania Twain, Toby Keith and Phil Vassar. Whilst in the Songwriters category Rhett Akins is nominated alongside Buddy Cannon, Larry Cordle, Carl Jackson, Mary Ann Kennedy, David Malloy, Frank J Myers and Tia Sillers. All the nominees experienced their first top 20 hit at least 20 years ago. Two songwriters and one artist/songwriter will be elected into the Hall Of Fame by their peers.

The Academy of Country Music has announced the recipients of the ACM Honors. Among the winners are Lady A and hit songwriter Ross Copperman who both win the Lifting Lives award, Luke Combs who wins the Milestone award and Dan and Shay who win the international award. Meanwhile Hillary Lindsey takes home the prize for Songwriter of the Year whilst Loretta Lynn, Gretchen Peters and the late Curly Putman all win the Poet’s Award. The ceremony will take place on August 25th at The Ryman Auditorium.

On June 17th Pearce thought she was filming a commercial for Dollywood, the place where she first launched her career at 16 years old. Little did she know that waiting in the wings was the one and only, Dolly Parton herself – Pearce’s idol – who came out for a little chat with Pearce. She was of course in shock at the arrival of the country legend but even more surprised when Parton casually dropped in the fact Pearce had played the Grand Ole Opry over eighty times. She said ‘They should really make you a member, what’s wrong with them?’ to which Pearce agreed before Parton said ‘well, I’m here to tell you that you’re now an official member of the Grand Ole Opry’. Pearce was very emotional at the news and will have her official induction on August 3rd.