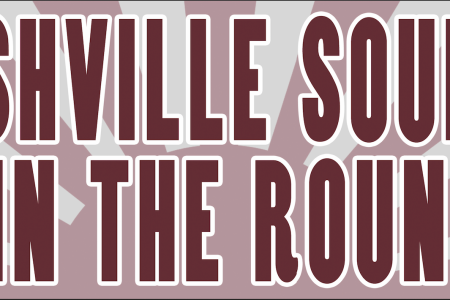 ​‘Nashville Sounds In The Round’ is set to bring together a selection of the UK’s greatest country talent for one very special evening in Birmingham, presented by Your Life In A Song. Taking place at the gorgeous Kitchen Garden Café on Wednesday 29th November, this will be an intimate acoustic showcase hosted by Sally Rea Morris and Steve Marks of Gasoline & Matches, who will be joined by Darcy and Jeannine Barry. Fans will have an opportunity to hear the stories behind their songs in a Bluebird-style ‘In The Round’ session, stripping the songs right back to their origins and transporting us right back to the writing rooms.
Darcy has become one of the UK’s most exciting new country artists following the release of his new ‘Hooked’ EP. Having recorded the EP in Nashville using some of the city’s reputable musicians (including a former Paramore drummer, John Mayer’s bassist and Jimmy Buffet’s keyboard player), the result is a phenomenally polished, accomplished collection of songs that stand up well against the current crop of US country radio favourites. The EP has received rave reviews from bloggers far and wide, and the launch at Buckle & Boots Country Festival was a powerful introduction to an artist who is well and truly making his mark on the British country scene.
Jeannine Barry will be bringing a wealth of experience to the show, having performed at the UK’s premier country festival, C2C, and headlined impressive shows of her own at The Garage, The Barfly and last year’s C2C launch party at the O2. Her pop-country style has proved popular with a wide variety of music fans and she has garnered comparisons to the likes of Martina McBride, LeAnn Rimes and Emmylou Harris. Jeannine’s third studio EP ‘Bittersweet’ was released last year and shows Jeannine in a different light. Lyrically intricate with mellow sounds and authentic, vulnerable, yet powerful vocals.
The hosts of the event, Gasoline & Matches, are another of the UK’s brightest emerging country acts. The duo first met in 2011 in a music shop in Birmingham. Coffee and guitars led to discovering a mutual admiration for Americana and Country music. Shortly after, they wrote, recorded and performed their first song ‘The Artist’ in just one day, feeling an immediate spark. Unfortunately, fate propelled the duo in different directions – Steve was touring internationally and Sally moved stateside to sing her way around 39 states. It wasn’t until her return to UK in 2016 that the duo reconnected and Gasoline & Matches was born. With the addition of 3 new members, the band has become a unique blend of heart felt vocals fuelled by edgy guitar licks and a killer rhythm section. Think Bonnie Raitt meets Brad Paisley and you’re half-way there for this explosive 5-piece about to set the UK Country scene alight.
The Kitchen Garden Cafe  17 York Road  Kings Heath  Birmingham B14 7SA 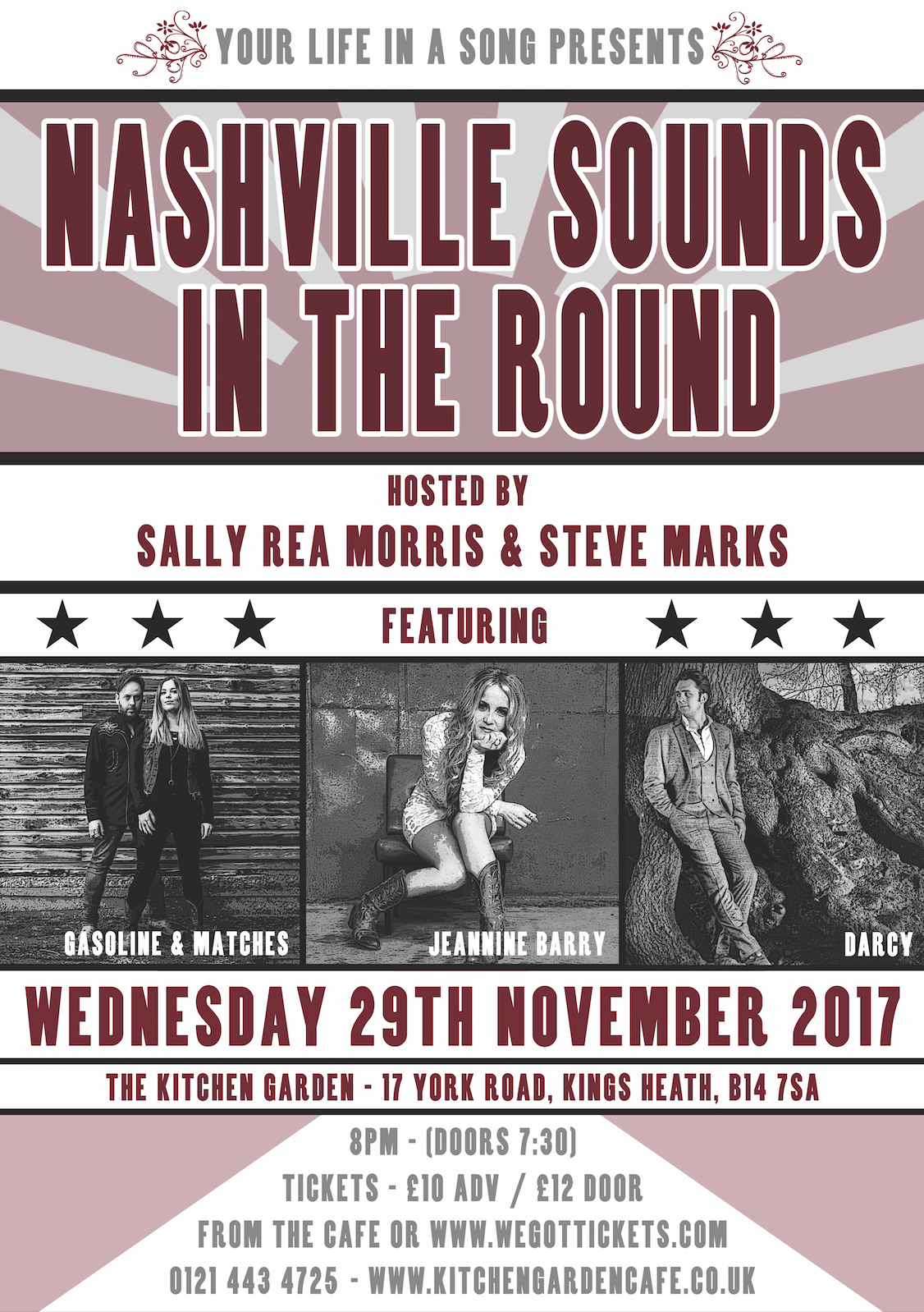