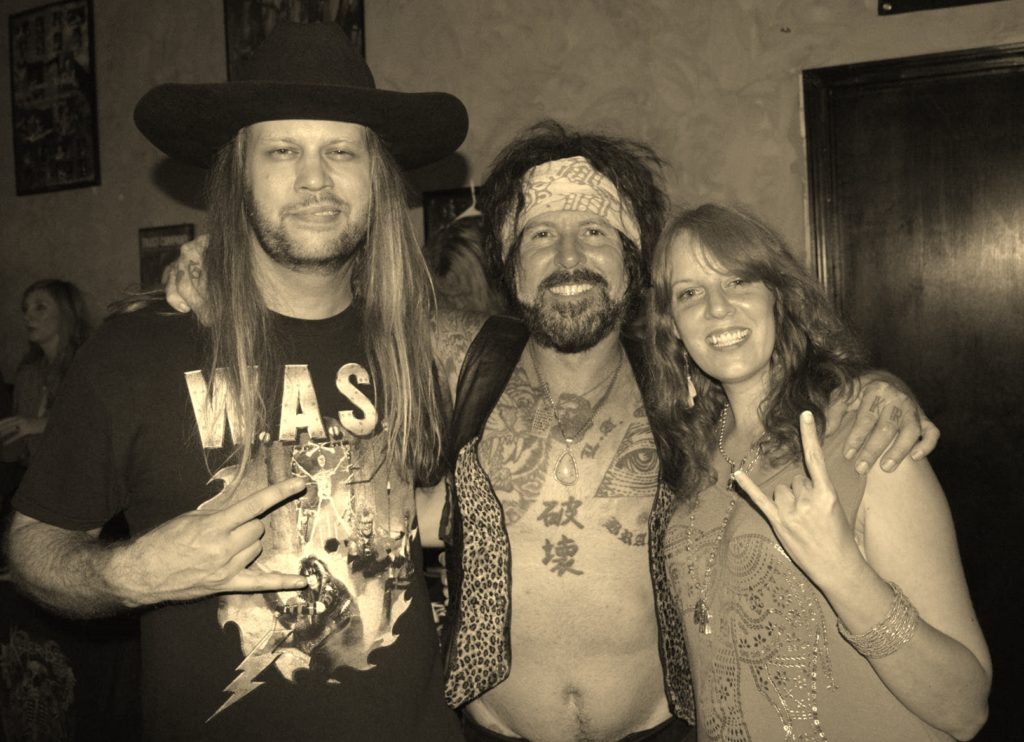 Nashville rocker Charlie Bonnet III has released a brand new single and music video, titled ‘Waiting On Time,’ taken from his recently released studio EP, Sinner With A Song.  The record was co-produced, mixed, and mastered by L.A. Guns mastermind Tracii Guns, and features Tracii on B3 organ.
The video, filmed by the Nashville based production company Luminous Midnight Films, tells the story of am impassioned ex girlfriend who is stalking the band.  “I usually leave it to the listener to interpret a song’s meaning, but the story line to this video is based on true events,” laughs Charlie.  “I actually wrote ‘Waiting On Time’ fifteen years ago, and made a very primitive acoustic demo of it back then” he states.  “It never fit the context of my other full band records, but was perfect for the Sinner With A Song EP, so we recorded it.  It’s been a fan favorite live, and we knew it had to be the first video from the record.”
Closing in on three decades in the trenches of the music business, Charlie Bonnet III first landed on the national radar in the early 90’s as the frontman for the Nashville based rock band, Disarray, releasing five studio albums, and logging thousands of road miles in an old van.  When that project fizzled, Bonnet re-invented himself as a solo artist, releasing a string of independent records.
Charlie’s latest effort, Sinner With A Song, caught the attention of the international press due to the involvement of rock guitar hero Tracii Guns.  “I basically went down to Memphis to see Tracii jam with his solo band, and after the gig I asked him if he would help me on this record, and he agreed to do it.  It was really that simple” states Bonnet.  “It is surreal when I think about it, because as a kid I had L.A. Guns posters on my wall, had all their cassette tapes, watched them on MTV, and all of that.  I lived in a podunk nowhere town, and would dream of one day being like my heroes, making records and travelling around playing rock n roll.  Now it has all come true.  It’s on a much smaller scale than what I had dreamed, but my dream has come true” he says with a hint of sarcasm and a laugh.
Charlie Bonnet III is now on the road playing live with his power trio, The Folkin’ Gasholes.