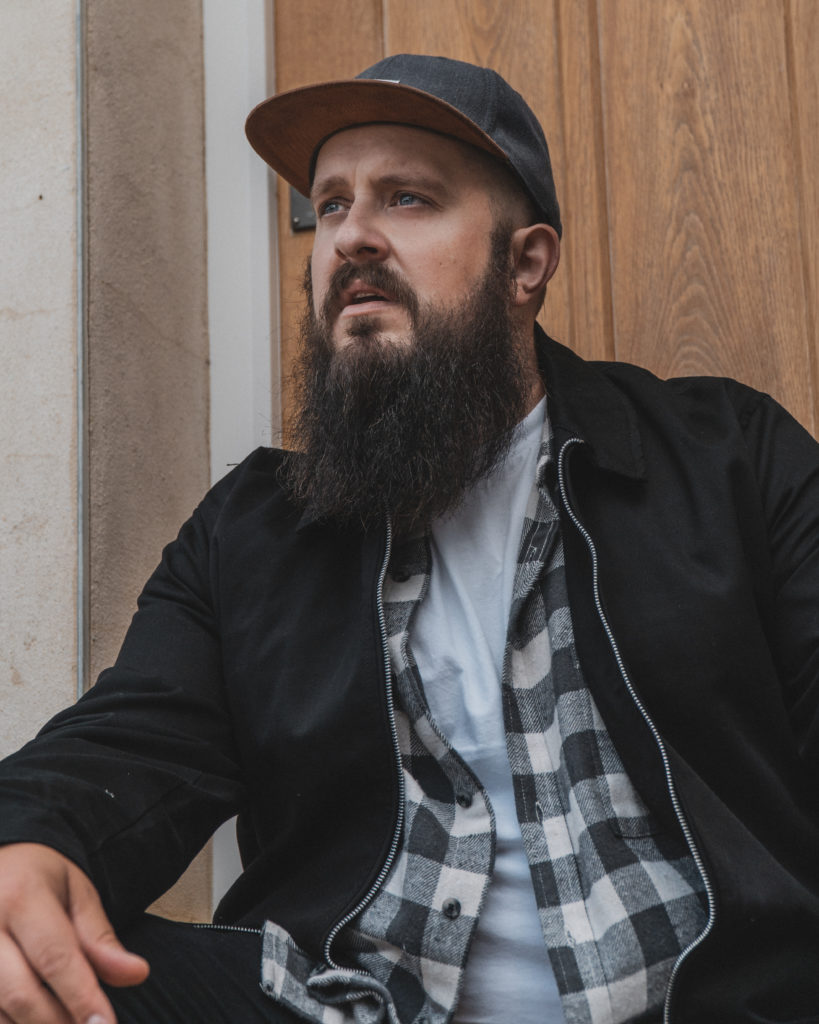 If you talk to any UK based artist on the UK country scene, there is a strong chance that Tim Prottey-Jones has written with them, produced for them or has supported them in some way. The former Wandering Heart has been keeping his finger on the pulse and has chosen now as the time to launch his solo career.
Given that he has worked in bands mainly, it is a bit of a shock to the system on that front, but it is something that he is relishing as ultimately, everything he produces is for him and him only.
“I don’t know what it is about putting your name to something personally,” Prottey-Jones said. “It almost feels like you’re working behind the scenes with a band name and I quite like that.
“But I think there’s something about this year where it’s just one of those years, where you just go ‘if I can’t do it this year, then when can I?’, so I think it’s purely stems from how proud and happy I am of the music that I’m coming out with and at the end of the day, this music is just for me. It’s only me that’s got to sing it and it’s only me that’s got to perform it.”

A blend of sounds

While Prottey-Jones hasn’t yet figured out if he’ll be making the collection of singles he has at his disposal into an EP or to push on and make an album depending on how it goes, what he has figured out is his sound – even if no-one knows what to expect. By combining a number of genres together and complete with his own twist, Prottey-Jones has something going and is very keen to see how people take to it.
“When I put Bite the Bullet out, I don’t think people knew what to expect and I think that comes from being in a band, producing and writing for other artists and it being a case of knowing what my sound is. My only answer to that is wait until you hear all these songs put together, because they pretty much will sum it up.
“There will always be elements of rock due to my love of that growing up, country runs through without a doubt because that’s what I love and there’s pop stuff in there because from a production point of view, that excites me as well. I’ve tried to fuse all of those things as well as showing off parts of my voice. If I have any luck, you’ll certainly know what I’m all about.”

While Prottey-Jones is very much a solo artist now, the heights he hit as part of The Wandering Hearts were astronomical and while he isn’t intentionally trying to make lightning strike twice in that respect, he doesn’t see the harm in trying to push himself as far as possible as you just never know what is going to happen in the music world.
“The stuff that we achieved with the band, some of it was honestly out of this world incredible. It may never be recreated. Playing at the Ryman for our first American show alongside people like Chris Stapleton – that’s a real pinch me, bucket list kind of moment. There really is no point me saying “I’ll never do that again”, because you just don’t know. I never thought that was gonna happen and I never thought I’d get a major record deal, but I did and those things happened and they happened fairly late on in my career really.
“You never know. I feel like I’ve learnt a lot over these past five or six years and probably even more so since the band. I think I know now what I need to do, what I don’t want to do and I need to trust my instincts as well I think. Those instincts were right when the band started and when I put that band together and who’s to say I can’t do that again with my own stuff?”
Regardless of whether he hits those heights again or not, it’s a very safe bet to assume that Prottey-Jones will be a shining star in the UK country scene for as long as he wants to be.