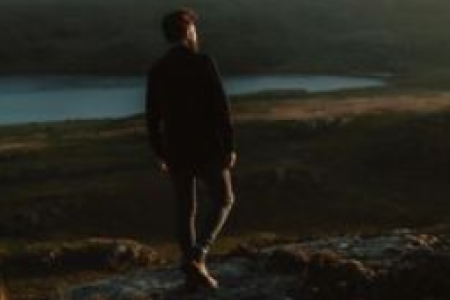 Passenger’s current album ‘Songs For The Drunk and Broken Hearted’ debuted at #2 when it was released in January, making it the second highest-charting set of his career to date and has accumulated over 25 million streams in just two months. Its success has been intensified by its recent single ‘Sword From The Stone’, which has so far exceeded 10 millionstreams.

That popularity has been maintained with the help of the song’s Gingerbread Mix, courtesy of Passenger’s friend and former touring companion Ed Sheeran. This version has hit the Radio 2 A-list, while building international airplay with 20,000 plays across 60 countries. It’s also proving to be a hit in the States, where it’s approaching the Top 20 on the Adult Alternative Airplay and Hot AC charts following Passenger’s debut performance on Jimmy Kimmel.

Passenger, real name Mike Rosenberg, now follows ‘Sword From The Stone’ by sharing his new single ‘What You’re Waiting For’, along with an official lyric video. Watch HERE.

‘What You’re Waiting For’ offers a subtle stylistic shift in Passenger’s sound. Operating in the wilderness between a rasp and a whisper, his vocal continues to have the intimacy of a shared secret, yet it’s set to indie / alternative rock with an ‘80s edge that echoes R.E.M. or The Smiths. That introspection also feeds into the lyrics, which use Passenger’s own experiences as a launchpad for a more universal emotion.

“I’d got to a point in my life where I should be really happy, but there was something that I still wasn’t content with,” he confesses. “We’re all taught to strive for certain things, like a good job, a big house and lots of money. But if and when we get there, we’re surprised that it doesn’t make us happy. I think everything that’s happened over the last year has highlighted that, and we’ve all started to realise what’s important and what actually makes us happy.”

Passenger’s sixth UK Top 10 album, ‘Songs For The Drunk and Broken Hearted’ is populated by stories of characters who look for solace in the bottom of a glass when their romantic adventures go awry. Written primarily when Passenger was newly single, the songs often reflect the soul-searching that comes following a break-up.

Passenger is set to embark upon his first full UK and Ireland headline tour in three years. It commences in August and calls at the O2 Academy Brixton on September 8th. Further dates, covering Europe, North America and Australia, are also scheduled. Please see his official website for ticket details and all of the latest updates.

Passenger has played regular livestream shows throughout lockdown, including a special film captured at the Royal Albert Hall and a full solo acoustic performance of ‘Songs For The Drunk and Broken Hearted’. He is currently in the process of performing every album from his back catalogue, each of which are chosen in a random order. The series is streamed at 7pm UK time every Sunday and are available via Facebook, YouTube or Twitch HERE.

Passenger will also appear on Ken Bruce’s show for a Radio 2 House Music performance, where he’ll be joined by the BBC Concert Orchestra. The session will be broadcast on Thursday, March 25th and will also be available online afterwards HERE.

Originally from Brighton where he still lives, Passenger is a singer-songwriter who has progressed from busking on street corners to performing in stadiums. His single ‘Let Her Go’ is his biggest moment to far, a song which hit #1 in 19 countries, is approaching three billion streams on YouTube and is the third most Shazamed song of all time. But that’s just one song from a remarkable and profile back catalogue, which includes 2016’s ‘Young as the Morning, Old as the Sea’, which topped charts everywhere from the UK to Australia. He now commands a following of 12 million monthly listeners at Spotify and has won a prestigious Ivor Novello award.