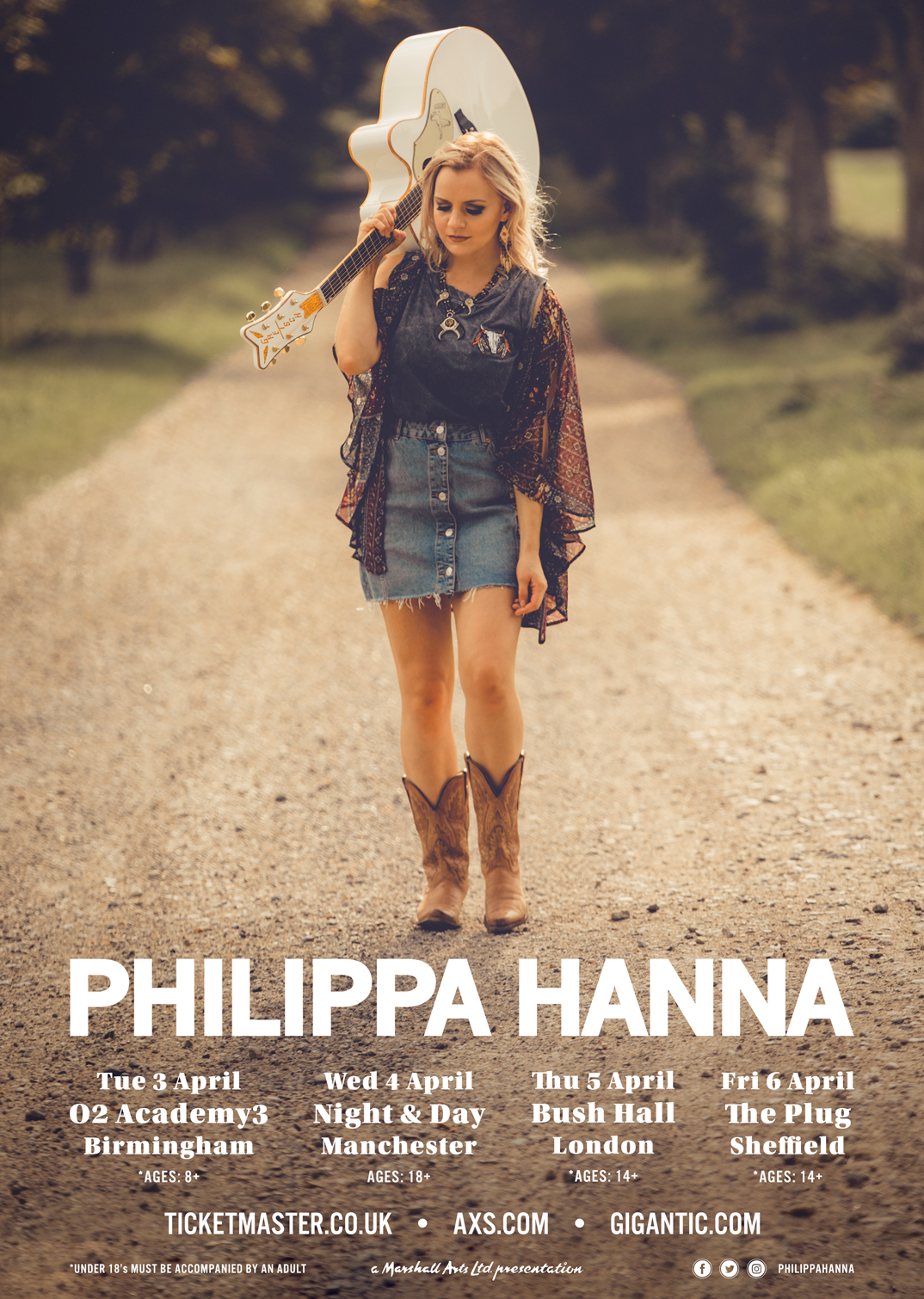 Following the release of her chart topping album ‘Come Back Fighting’, Philippa Hanna will be heading out on the road this April for her most exciting run of headline shows to date. Her country-tinged 6th release hit Number 1 on the iTunes UK Country Chart on the day of release and topped the Official Christian & Gospel chart in December 2017.

Fans can expect to hear ‘Off The Wagon’, the lead single that has drawn comparisons with the likes of Dolly Parton, as well as the acoustic reggae-infused Dorothy and the hard-hitting bluesy title track ‘Come Back Fighting’. In additional to established favourites and classic country covers, Philippa will be championing upcoming singles ‘Getting On With Life’ and ‘The Hero’.

Joined by a small ensemble of accompanists on stage, in her signature style, Philippa will share the stories and insights behind the songs in tandem with her daily inspirational YouTube blog.

Having captivated UK audiences on tours supporting Lionel Richie, Leona Lewis, Anastacia, Wet Wet Wet, Collabro & Rebecca Ferguson, her reputation as an outstanding acoustic entertainer is hard to rival. With just 4 dates planned for the tour, fans are advised to get tickets early to avoid disappointment. They go on sale on Friday 12th of January.

Philippa will be appearing live on Good Morning Sunday on BBC Radio 2 on Sunday 4th February after recording an Under The Apple Tree live session with Bob Harris.

All live performance dates and further info available at
philippahanna.com