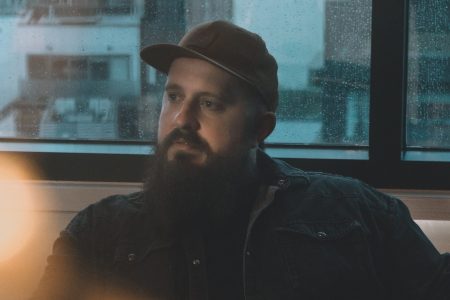 Written by Award winning Nashville based songwriters Jeff Cohen, Jamie Floyd and Steven McMorran, ‘Until I Do’ is the latest single from UK based Country artist Tim Prottey-Jones and today we can bring you an exclusive first listen!

After leaving The Wandering Hearts back in 2019, Tim has been laying strong foundations for a successful solo career. His first two solo singles, ‘Bite the Bullet’ & ‘Good Life’ were released to critical acclaim and received their exclusive first plays on The Country Music Show with Bob Harris on BBC Radio 2.

Tim’s brand new single features CMT’s ‘Next Women of Country’ inductee and Grand Ole Opry regular, Stephanie Quayle. For a long time, Tim has longed to do a duet that would build a bridge between the US and UK country scene and upon hearing the song Tim realised it had to be this one!

Tim said “For me, the song paints a picture of a search for a love that may never be realised. But what is worse? Searching and never finding that special person or not even trying to find the one? There’s a hope to the lyrics that I believe will speak to the listener as it did with me. It’s that voice in your head that says, “if you don’t try, you’ll never know” and sometimes, that’s exactly what we need to hear. As people, as musicians, as lovers.”

Jeff knew Stephanie well and Tim had always wanted to collaborate with her. Stephanie has featured as a performer and guest on The Kelly Clarkson Show, has been hosted by the Grand Ole Oprynumerous times, and has shared stages with the likes of Willie Nelson, Bonnie Raitt, Aaron Watson, and LOCASH.

The pair sound like they have been singing together for a long time, the way their voices blend so well together and the production, though boasting a modern feel to it, is deep seated in a nostalgic country sound with a prominent banjo in the arrangement.

Teaming up with the Grand Ole Opry darling saw the inevitable 2020 way of collaboration. Due to ongoing travel restrictions in the wake of the Coronavirus pandemic Tim and Stephanie recorded remotely from separate continents. Yet this distance did not stand in the way of the magic they have captured with their performance.

Talking of the track, Stephanie said, ”Tim is an incredible artist and human and when he reached out about the opportunity to collaborate on his song ‘Until I Do’, it was an honour to be a part of it. We recorded all parts of this song across the pond from each other which was wild and magical. In a time where we all feel so separated, it’s amazing we were still able to bring this all together…even from thousands of miles away. I can’t wait to get back to the UK once travel is a bit safer and for us to get to play this song together!”

The song is available from tomorrow, April 16th to buy and stream from all your usual digital platforms!