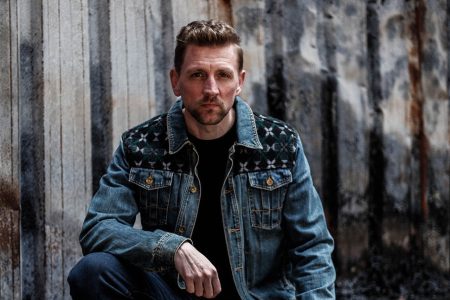 Country singer and musician Preston D Barnes (real name David Barnes) is a British Army
veteran who served for over 20 years. Preston served the first 16 years of his Army career
travelling the world to over 38 countries, performing music within The Band of the Corps of
Royal Engineers.

In 2012 Preston was selected to become an Instructor at the Royal Military School of Music,
Kneller Hall where he trained over 400 soldiers to become competent in Military skills and
ceremonial duties.

In 2003 Preston was deployed to Iraq as a Chemical Decontamination Unit (COLPRO) in
support of 16 Close Support Medical Regiment on OP TELIC 1. As a unit they treated 2500
casualties in 93 days as well as peace keeping duties thereafter.

Preston left the Army in 2017 and immediately decided to focus on his new-found music
opportunities by capturing the nation’s hearts when he took part in the hit TV show ‘The
Voice UK’. Viewers learned that Preston (real name David Barnes) had a successful career
in the British Army as a highly qualified musician and became a firm favourite, securing a
place on Ricky Wilson’s team (Team Ricky). The journey took him to the final knock out
Stages.

Since then, Preston has performed the National Anthem, LIVE at Twickenham stadium for
the Army vs Navy Rugby Match (which was broadcast LIVE on Sky Sports) and again, at
Wembley Stadium for the NFL game alongside Gene Simmonds (American Rock Band –
Kiss). He was also invited to perform as a backing singer on the re-release of ‘In the Army
Now’ by Status Quo.

Preston has always been a Country music fan and in 2019 was approached by new Country
music record label Sonic Boom Records and is currently recording his first solo album with
his first single due to be released on 20th May 2022. Whilst working on the album Preston is
very keen to get out and perform Live as much as possible. As a natural entertainer, he will
have you on your feet from the start.