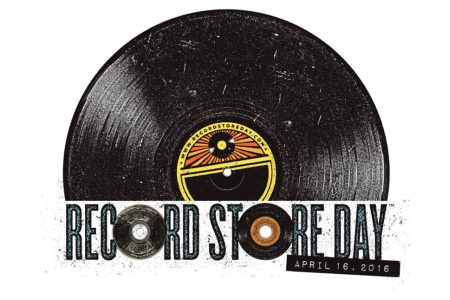 4 out of 5 releases come from independent labels; making it one of our most eclectic and interesting Record Store Day lists to date.
Rupert Morrison, of The Drift Record Shop in Totnes, said ‘Record Store Day is about embracing all of the music that finds its way into independent record shops. The 2016 collection is another fine example of the amazing independent music makers and recording companies who so brilliantly support us independent shops on record store day and all year-round.”
Major label acts also add weight to the Record Store Day list and among the releases this year which might appeal to a younger generation of vinyl fans are acts such as James Bay, Florence and the Machine and Hozier.
Record Store Day
Record Store Day was conceived nine years ago in the USA and is coordinated by the Entertainment Retailers Association in the UK. The day brings together hundreds of the UK’s independent record shops to celebrate their unique culture on the third Saturday in April. Exclusive vinyl is made available on the day and shops often have live music and in-store events to celebrate.
This year BBC Music is partnering with Record Store Day UK as the event gears up for its ninth annual celebration of independent record shops and the vinyl format. Special programming will take place across the BBC’s radio networks, and in particular on BBC Radio 6 Music. It is expected that more than 25,000 music fans will be going along to their local record shops from the early hours on Saturday 16 April.
Go to http://recordstoreday.co.uk/participating-stores/ to find your local participating record store.
Go to  http://recordstoreday.co.uk to read more about Record Store Day 2016.