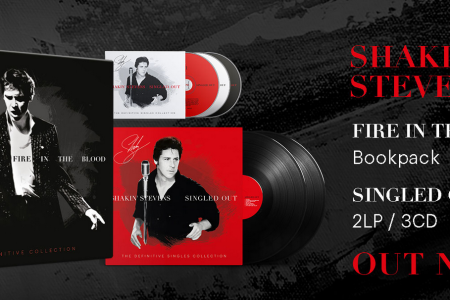 Nineteen albums and 292 tracks, this box set rocks and rolls through 40 colourful years. Many listeners didn’t see much beyond his hits and Top Of The Pops appearances (he was the UK’s biggest selling singles artist of the 80s) but Shaky has always been the real deal, combining rockabilly, country and boogie in a breathless rollercoaster ride. And while he looked increasingly slick on his album covers, inside he was the poor boy from the Welsh valleys fronting a dream team of country-rock musicians.

Shaky’s vocals conjure up 50s America and there was genius in giving new life to songs we thought we knew (turning Fats Domino favourite Don’t Lie To Me into a squeezebox-led zydeco party) and spotting new kids on the block (Dave Alvin’s Marie Marie was recorded almost the moment it was heard on the debut album by his LA roots-rockers, the Blasters).

Each album is here in its entirety, in replica cover, stashed neatly inside a classy hardback book, and with all the hits… Green Door, This Ole House, Oh Julie, Hot Dog and more. Merry Christmas Everyone is here with its own Christmas album, and there’s the dark and rootsy ECHOES OF OUR TIME from 2016. Add two live albums (one a BBC concert) and three packed discs of rarities (B sides, 12-inch versions, radio sessions) and it’s a glorious treasure trove.