River Seven of Canada On The River Ouse in England 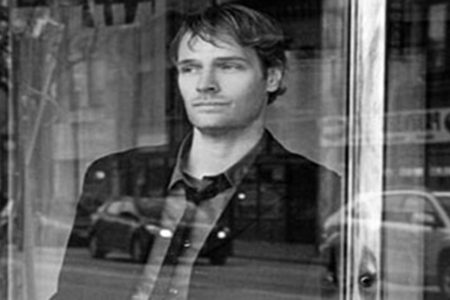 Maverick finds out more about Michael Bongertman from River Seven

Michael Bongertman is the lead singer and guitarist of the Canadian three-piece rock band River Seven, who released their exciting self-titled debut album in February 2012. With Michael in the band are bass guitarist Peter Anzelmo and drummer Tony Carpino. The band manage to mix the styles and sounds of John Mayer and Maroon 5 with those of Jamiroquai and Simply Red. Their music transcends genres, blurring the lines separating rock, pop, country and neo soul, proving that genres are just there for guidance and direction. My opinion has always been that the music anyone listens to should be put into just two folders-like or dislike. In other words try doing what I do, listen to everything and then make up your own mind what you enjoy. When I met up with Michael, he actually agreed with me on this. “It is the only way to really be a music lover. I find it strange when I meet musicians that only go in one direction and if you don’t love this kind of music then you are no good…kind of weird. I don’t get that? Music is music, does not matter how old or how new, or where it came from, if you like it you like it!”

Michael was staying in London for a few days during a warm and sunny period in the middle of March and travelled up to Cambridgeshire to have a chat with me, we met at a little pub called the Lazy Otter on the outskirts of Ely and sat in the beer garden overlooking the River Ouse. Not knowing too much of Michael’s musical background, I asked him to give me a brief rundown of where it all started, up to the present time with River Seven. I asked if his musical aspirations begin at an early age? “Very young actually. I remember my father was a musician or is a musician, he did it professionally in his youth. So ever since I can remember there has been instruments in the house; drums, guitars. So I would sort of mess around with them, you know they were always there. I think my first guitar that my parents ever bought me was probably when I was around ten years old, up to then I would have been playing my dad’s instruments. I was really excited when he got me my own guitar and from there it just took off, I just learnt by ear and then eventually I was put into private lessons, but still learning by ear. At a very early age I was pretty good at actually picking up or lifting songs just from the radio or records and just by hearing them, without even knowing what the chords were called, you know I had a pretty good ear for that. Shortly after that, when I got a little older, I began playing in some bands around Toronto, Canada.” He continued: “I grew up just outside of Toronto in a city called Mississauga, but being so close I would travel in and out of Toronto quite a bit. Then I eventually went to college and I took a music programme for a couple of years, but I never finished because I started touring after my second year, I started touring quite a bit all over the US and Canada with various bands. So I never went back to finish my degree, it just got too busy and I preferred being on the road, I played with many bands and that was sort of how I met the guys in River Seven, as I had played in different bands with them.” When you listen to the debut CD by River Seven you can hear the tightness of their sound, as if they had been together for years (in fact they only formed in 2010); “I have actually known the bass player, Peter Anzelmo since we were teenagers. The drummer, Tony Carpino I met in another group that we were playing in when I was in my mid to late 20s.”

So starting River Seven was like a natural progression? “A few years after that I moved to California to live, I was living there for a little while when I got a call from Tony with the opportunity to form this band and to work with this great producer that we have, his name is Terry Brown. He has produced a number of hit bands such as Rush and the Cutting Crew [also Blue Rodeo], the list goes on and on actually. Tony said there is money behind it and that he is a great producer, would you like to come back up to Colorado and do this project, so that is how it kind of got started. So I thought “yes it sounds great.’ I wasn’t really there very long-maybe almost a year and I thought that it sounded too good to turn down, I would have to go back and do it. So that is what I did and we kind of got together very quickly. I had played with them in different bands but not quite like this, this was a new thing.” Once the group was formed it was then down to the nitty-gritty of writing songs for an album. “We all put a lot of ideas on the table and started writing, then we just went from there, from pre-production, studio and kind of grew with that. We are still evolving, the core thing is having played together in different bands, the live part is awesome because it doesn’t really take a lot of rehearsal for us.” As they are friends and therefore very comfortable with each other they find that timing, solos etc come freely on stage, meaning that one of them can change something in a song and the other two will just slip in with the change with no noticeable difference. “We are so good at coming in and out and doing things freely on stage, not really sticking to a tight way of playing songs and no need for set lists, we can change a tune from one night to the next, you know maybe I might feel like taking a lead on one spot and the next night I don’t, we just know the signals, therefore making it really comfortable. That is the good thing about having these guys in the group.” When I listened to the album I could hear so many different styles and sounds, from country to pop and rock to soul, “I think that is the beauty of everybody’s influence, of having three people bringing stuff to the table. Peter Anzelmo is sort of soul-r”n’b; that is his kind of thing. Tony Carpino comes from a classic-rock background, Led Zeppelin were a big favourite of his and you maybe can hear a bit of John Bonham schooling in some of his drumming. I guess I come from a bit of a singer-songwriter kind of thing, but also some jazz. When I was growing up I loved Steely Dan, the Allman Brothers and a lot of bluesy stuff; I loved Muddy Waters and Albert King. As far as newer artists go I kind of like Imogen Heap, James Taylor’s son Benjamin Taylor-I love his stuff. So a lot of different styles, it varies.”

With the differing styles I wondered if Michael was happy with the final outcome? “Yes I am pleased, but I don’t think I am ever going to be happy with anything like 100% you know, there is always something that you listen to later and wish you could change or you have already changed but choose to do differently live. Sometimes you write a song right away and you record it quickly and then you kinda try it in different keys, then find you like it a little lower as it feels more comfortable and you wish you had recorded it that way. So there is always going to be stuff, but overall very happy with the album. We had a great producer, it is a blast working with a guy like Terry Brown.” The album actually did not take long to record, mainly down to the producer, Terry Brown. “He is very old school, which is great because sometimes I might make some mistakes, perhaps vocally, and I say about going back and changing them and he would say “well I kinda really like how it sound so if you don’t mind can we just leave it, as I would not want to lose that vibe’ so you go with his opinion. This is really cool and is the kind of reason why a lot of people love the classic rock sound.” The album was actually in place way before its February 2012 release date, but it had to be put on hold after disaster struck! “The record was made but unfortunately before we could release it I got into a really serious car accident about a little over a year ago, I had to be air lifted to hospital! So that put the record on hold, therefore the record isn’t really that new because it was done a while ago, but everything got put on ice while I was in recovery. I was recovering for about a year and a half so everything was put on ice until now, finally ready to get back and promote it.” The accident was quite traumatic for Michael as his injuries were very serious. “They were pretty bad, it is lucky I am walking right now, I uhhh…how much time do we have?” he laughs. “I broke my pelvic bone and sacrum bone where the nerves go through, so there is some nerve damage which I still feel in my foot. My spleen was injured so I needed surgery on that, I broke a few ribs, my liver was swollen, my clavicle bone [shoulder] was broke right through and I had to have stitches in my face…so it was pretty serious! They had to cut me out of the car, it was one of those things…I was very lucky! You know it is always something you are going to feel but I am okay with it, you know it could have been a lot worse. So I healed up and I am now ready to rock and roll.” River Seven are planning to tour the UK and hopefully their songs will get played on radio stations in both America and the UK. Whilst Michael was in London he played a few solo gigs, you can also check him out with another group that he performs with called Blurred Vision, but it is River Seven where he is most comfortable, “I have been doing a lot of touring with another group as well [Blurred Vision]. I hope to come back to the UK with River Seven, I mean I love doing the solo gigs but I miss the dynamics that I have with the group, the way we can sort of change things up night after night.” Check out their website for tour dates, or to listen to their music. David Knowles