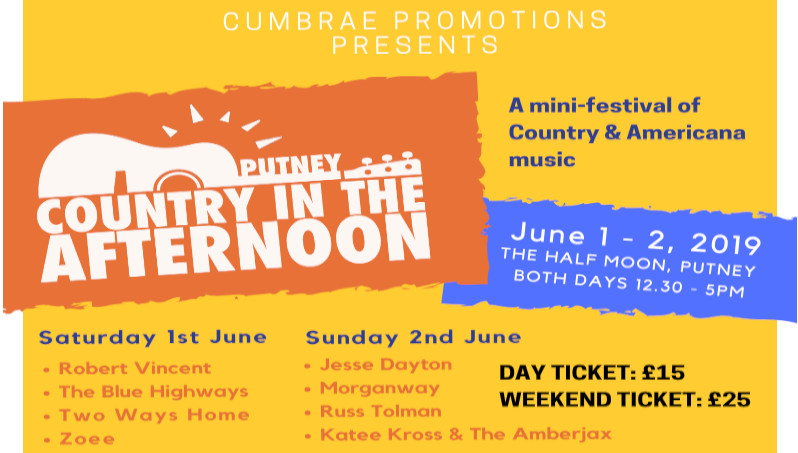 Robert Vincent to play Country in the Afternoon

Country in the Afternoon has announced that their TBA slot is Robert Vincent, with the singer-songwriter to take to the stage on June 1.

Vincent, who won the inaugural Bob Harris Emerging Artist Award at The UK Americana Awards in 2016, completes a line-up that also has Jesse Dayton, Morganway, Russ Tolman, Zoee, Katee Kross, The Blue Highways and Two Ways Home on the bill.

The Liverpool based artist has also won UK Album of the Year at The Americana Awards in 2018 for ‘I’ll Make The Most of My Sins’ and is currently working on his third studio album. Vincent has also supported the likes of Beth Nielsen Chapman, Duane Eddy and Roger Waters amongst others.

Country in the Afternoon is a new two-day mini-festival that is ran by Cumbrae Promotions, who organise Millport Country Music Festival in Scotland. The event is to take place on June 1-2 at The Half Moon in Putney, London.