Sarah Darling back in the UK after stunning 2017 concert 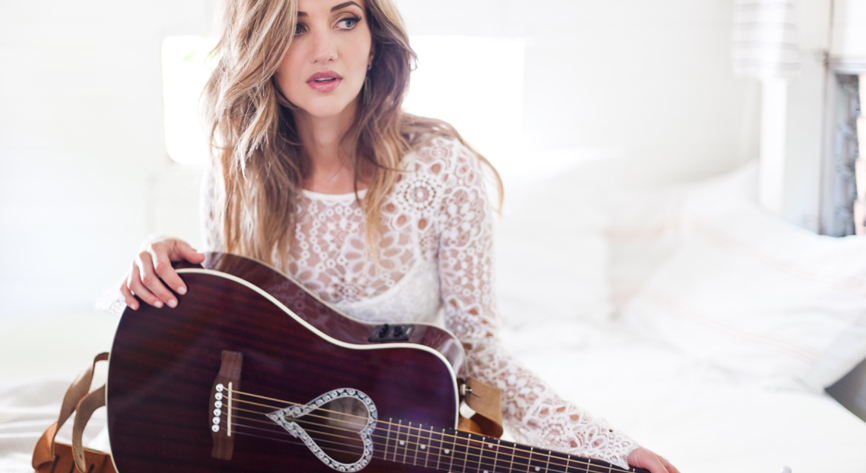 Nashville based singer Sarah Darling will be back in the UK this March for a 12-date tour, following her sold out Christmas concert at the St Pancras Old Church last December. The tour stops off at London’s prestigious Union Chapel on Monday, March 5th which also marks Sarah’s biggest headline show in the UK to date. There are just a few tickets left for this, so be sure to pick yours up soon! If her Christmas concert was anything to go by, there will be a mix of songs from her previous albums and plenty of new ones to get you fired up for her upcoming album due in 2018.
When we last chatted to Sarah in December ’16, we recommended all readers give a listen to her album ‘Dream Country’, as it revealed an exciting artist breaking out of the box, and the new record promises to be more of the same. Sarah has been working with Mark Bright, the producer responsible for some of country music’s greatest sounding albums by artists including Carrie Underwood and Rascal Flatts. When we asked Sarah about this recently, she sounded very enthusiastic about working with Mark:

“Dream Country was such an important album for me, since it was so personal and true to my creative style.  Working with Mark has been wonderful and allows me to take my music to the next stage. I’m so excited to share the new music.”

The first single from the record will be officially released on March 2nd.
Following her opening slots for chart toppers Ward Thomas, touring the UK with her own  “Night in Nashville” shows, and performing at the C2C: Country to Country festival (2016 & 2017), Sarah Darling has gone from strength to strength within the industry.
On this 12 show tour, the BCMA Awards ‘International Touring Artist of the Year’ nominee will be performing songs from her three studio albums – including the acclaimed 2017 release ‘Dream Country’ and previewing songs from her forthcoming 2018 album.
Looking forward to the tour Sarah says “I am so excited to return to the UK for a release party of sorts!  My newest single is scheduled to release on March 2nd, and I cannot wait to celebrate with my UK fans.”

Sarah previewed some new material from the upcoming album during her sold out Christmas concert at St Pancras’ Church last December. Sure to be performed on this upcoming tour, is a track co-written with Ward Thomas.
For one of the brightest new stars in the country music scene, the sky really is the limit. Tickets go on sale Friday 12th January 2018, check out the dates below!