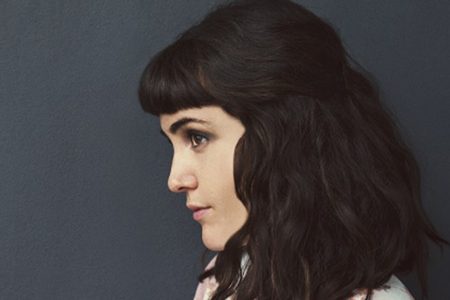 Toronto-based Americana-songwriter Sarah Jane Scouten is excited to announce a return to the UK with a tour throughout November 2016, kicking off at The Harrison in King’s Cross, London on Friday November 11th. She will be performing tracks from her upcoming new album due for release in 2017, as well as the recently released EP Volume One in The Railtown Sessions through Vancouver label Light Organ Records.
At age 5, Sarah Jane Scouten was sitting on the dining room table, singing Lace and Pretty Flowers, by Canadian Folk and country musician, Willie P. Bennett. Hank Williams and Stan Rogers were her greatest inspirations, both a staple at Sunday morning pancake breakfast and afterward, singing bluegrass and gospel music with her father. Her talent for performing came naturally, and as chance would have it, so emerged a knack for songwriting. Bringing us up to date, Sarah Jane Scouten is an international touring songwriter, loved by audiences across the Northern Hemisphere.
With flavours of Lucinda Williams, Nanci Griffiths, Old Crow Medicine Show and a wealth of old-time and bluegrass music, the two-time Canadian Folk Music Award nominee’s songs are faithful to a long-standing folk music tradition, but often spill over into modern themes that are outspoken and edgy, from homelessness to midwifery to tongue-in-cheek heartache songs and unabashed Canadiana.
Sarah Jane was discovered by Vancouver label Light Organ Records when she was cold-called into the studio to make an EP with producer Andy Bishop as part of a series of releases, coined The Railtown Sessions. Her EP was Volume One of the series, released digitally in July 2016 and will be available on vinyl in December 2016. She has since teamed up with the label and will be releasing a brand new full-length album, recorded in Toronto at Revolution Recording with veteran Canadian producer Andre Wahl (Hawksley Workman, Jill Barber), in February 2017. The album includes ten original songs, ranging in style from classic honky tonk to Western-swing to indie-folk rock, and two traditional Western Canadian songs, discovered in university archives and crackly recordings, and given new life through Scouten’s haunting arrangements.