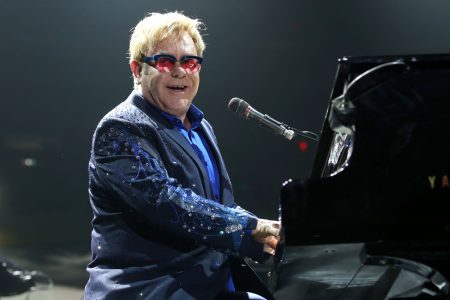 CountryLine (www.countryline.tv) has launched the world’s first and only global digital fan club for country, Americana and roots music.

Serving up a world class proposition of music, interviews, sessions and features, CountryLine has been designed to connect country artists and their fast-growing global community of fans more intimately than ever before.

Available on web, iOS, Android, tvOS and Amazon Fire, CountryLine works as a digital membership club for country lovers and the ‘country curious’.

Alongside an exclusive mix of premium video content, CountryLine will add further membership features in 2018 including gig guides, ticketing and rewards.

CountryLine has partnered with Sir Elton John to celebrate the release of Restoration, the acclaimed album featuring thirteen country stars re-imagining the songs of Elton John and Bernie Taupin, which was featured as BBC Radio 2’s Album of the Week.

Nathalie Cox, CountryLine’s co-founder and creative director, sat down with Elton to talk exclusively about the album and its stars from Little Big Town and Chris Stapleton to Dolly Parton and Willie Nelson. You can watch that here:

Nathalie said, “At CountryLine we try and get behind the music, so it was truly special to hear first hand from Elton why he loves country music and what this record means to him.

“As a fan, what drove me to create CountryLine was the same passion for the genre and desire to build a platform for up-and-coming artists alongside the world’s greats.

“Elton is a legend, but what makes him truly special is that relentless and generous focus on new talent. Restoration is CountryLine’s favourite album of the year, and we couldn’t have dreamt of a better project to showcase for CountryLine’s launch.”

“I’m just delighted to support CountryLine – a wonderful innovation whose time has come. Restoration was a passion project for Bernie and me, and the artists on the record are simply amazing – the musicianship out of Nashville is the best.

“The country music scene has never been healthier and it’s growing so fast in the UK with an exciting new audience. It’s about time the world had something like CountryLine and it’s so great that it’s come out of the UK.”

CountryLine is now live in the UK and US with plans to roll out globally in 2019.