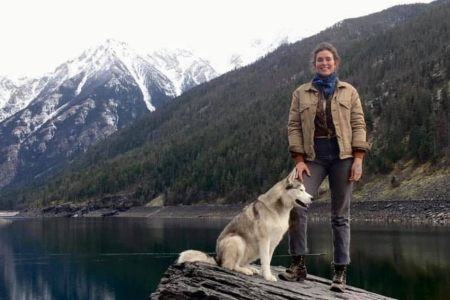 Can you recall the first moment you knew you wanted to pursue music?

I don’t have a recollection of the exact moment I knew I wanted to pursue music as a career, all I can say is there are unlimited hours of family video footage of me singing and dancing to my own little songs. I’ve always been musical, and I’ve always known it would play a significant role in my life. I just didn’t know how significant. To answer your question though, I knew I wanted to pursue it after I wrote my first song on guitar—I knew I needed to continue on the path of writing, in whatever capacity.

What music did your parents play to you growing up and what are you choosing to listen to now?

When I was around 10 my parents gave me a stack of their vinyl and a little suitcase turntable. In the stack was: Stevie Wonder’s “Song’s In The Key of Life”, Phoebe Snow’s “Self-Titled”, Bob Dylan’s “Nashville Skyline”, The Beatles “Sgt. Peppers Lonely Hearts Club Band” and “Magical Mystery Tour”…there was a few more but those were the albums I distinctly remember. I have wildly vivid memories sitting in front of that record player reading the lyric inserts and singing every word.

Around the house my parent’s always had music blasting though, they listened to a lot of Folk, old R&B, and stuff off Motown records. It seemed like they were always up on current music as well, like I remember my mom had a huge Erykah Badu and India Arie phase. She also loved Etta James and Sharon Jones—those are the woman who really taught me how to sing.

I listen to everything, I really do. If it makes me feel something I’ll listen on repeat, I’ll absolutely wear it out. My playlist can go from Western Swing to Mexican Ballads in two songs— I study up on it all, because I hold a deep appreciation for music as a whole. I’m fascinated by who’s making what, where, and how. When it comes down to it, I’m just a huge nerd for all songwriting and sounds.

When it comes to your own songwriting do you mainly draw from personal experience? What comes first, lyrics or melody or is it different every time?

I predominantly draw from personal experience, though I have written some new songs that are based in fiction. I suppose those songs are still drawing from my personal well of emotion and seen through the lens of a made up character.

I immediately want to say that when i’m writing a song the lyrics always come first, but when I think about my process that really isn’t true. It’s a very fluid process, always changing in one way or another. Sometimes I’ll write the guitar and lyrics at the same time, through some stream of conscience channel. Other times I’ll be diddling around on the guitar and think, “hey that’s a pretty cool chord progression, I’m gonna remember that”. I can recall the process for every song i’ve written, though I can never predict that process for future songs.

I really like your version of ‘Help Me Make It Through The Night’ what does that song mean to you and what made you decide to put it on the record?

During the time period I was writing this album I became obsessed with a video performance I found on YouTube. It was Kris Kristofferson and Rita Coolidge performing ‘Help Me Make It Through The Night’ on The Old Grey Whistle Test in 1972. The way Rita sings her parts are what initially fascinated me. Then I learned that Sammi Smith’s performance of the song is what gained it mainstream popularity, while also ostracizing her from the Nashville country music scene. I guess folks thought that song was too “suggestive” for a woman to be singing, so she found her way into the Outlaw music world because of that. Anyway, I just love Kris Kristofferson’s writing, and this song specifically is so simplistic and leaves a lot of room for listener interpretation. It made it onto my record because it fits the album’s sentiment completely.

My favourite song on the record is ‘Barbed Wire’ can you tell me the story behind that song please?

‘Barbed Wire’ is about the trope of the American cowboy. Lonely, isolated, continually heartbroken—but distracted from their hardship with a never ending amount of hardwork.

When you perform are you completely focused or do you let your mind wander, we call it your mid-gig thoughts?

I am completely focused when I’m performing, I have to be or else I stumble. I try to transport myself back to the emotion I felt when I wrote the song, it’s a bit like acting in a sense. I think the day I start writing a mental grocery list during my performance is the day I’ll be reassessing my relationship to my material.

A lot of touring is in my future! When I’m not on the road I’ll be at my place in Montana writing a new album and enjoying the mountains.