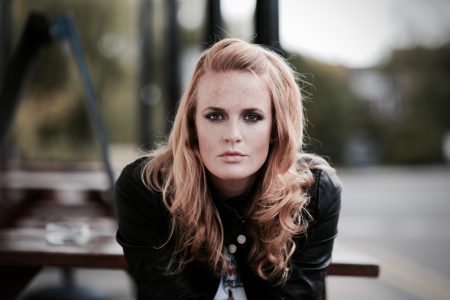 Dubbed “The Blues Princess” by Blues in Britain, Elles’ career is going from strength to strength. Her music crosses genres, drawing on and blending blues, country and soul, with each song given flavour and texture by the singer’s unique, unforgettable voice.

Her single ‘Wildfire’ (from her forthcoming album of the same name) finally came off the Planet Rock playlist after a whopping 10 weeks. Now Elles Bailey is back there again, with her most recent single ‘Same Flame’. She has also remained on the Country Rocks Spotify playlist for over a month and cracked the magic 150k marker. ‘Wildfire’ recently landed Radio 1 playlist in Holland and has been voted the number 1 album in the IBBA blues radio charts. What’s more, Bailey’s most recent single ‘Same Flame’ and its accompanying video went on in June to make Song of the Day at Songwriting Magazine, and the track is currently on Paul Sexton’s inflight show Music Junction, on all Emirates Airlines flights worldwide.

Reviewers have been wowed by Elles and her debut album, ‘Wildfire’, due to be released on 1st September 2017. Maverick Magazine gave ‘Wildfire’ top marks (5/5) and went on to predict a glowing career for this talented artiste: “If Bailey can follow this album up with something equally as good as ‘Wildfire’, there’s no reason why she can’t hit the heights Swift did in country- and perhaps move even further up the country mountain than Swift did.”

“It’s a fact that very few make it to the big stage,” Blues In Britain reminds us, but “Elles Bailey has the necessary talent, the drive, and now (with the release of her album Wildfire) the product.”

Carlos Santana listed Eric Gales as one of his favourite guitar players, whilst on Twitter Joe Bonamassa called him “One of the best if not the best guitarists in the world today”. High praise. Elles agrees: “Eric is a genius, and I’m honoured to be asked to support him on his UK tour. The opportunity to watch a contemporary legend from a position at the side of the stage is a privilege I won’t be taking for granted.”

She will also be taking part in the 4th UK Blues Challenge at the Cavern Club in Liverpool on Sunday 10th September.

OCT 21ST – STOCKTON ON TEES BLUES AT THE BAY