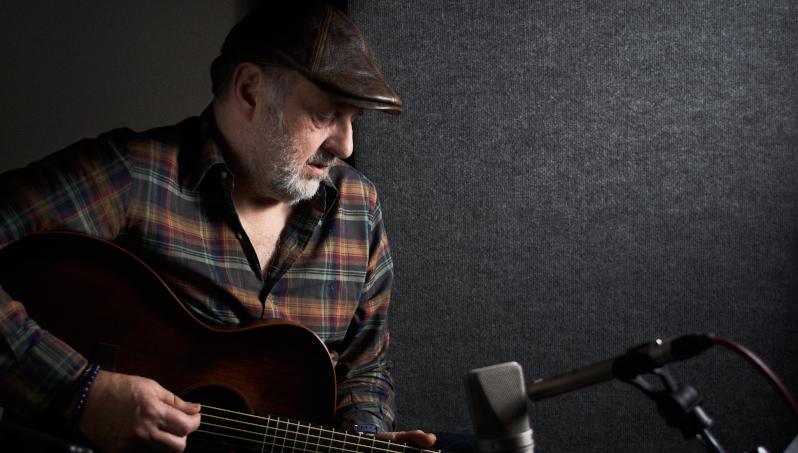 Feature: Steve Bonham – inspired by the past to thrive in the present

Steve Bonham, complete with Chris ‘The Bishop’ Lydon and ‘The Big Man’ Kev Moore, make up The Long Road and their plan of releasing unique music throughout 2020 is a golden one

They say that the best things come in threes and for Steve Bonham and the Long Road, that is very much the case. With decades of experience between them, the trio have decided to make 2020 a very busy year with a series of new releases spread out throughout the year.

The music in question is something that they have given their own signature name to and the trio are confident that what they have is not only of value, but also a lot of substance.

“I think it’s like a feeling that in country music, there’s no point writing a song unless someone has already written it better,” Bonham says. “The great thing we have here is that we have Mr. Rock and Roll with Kev on bass and he’s done it for decades now, then we’ve got Mr. New Orleans in The Bishop over here and I guess I’ve been bumming around the country and folk scene since the early ‘80s. The idea is let’s go back one step behind the songs and see what we can weave together again, or as we like to call it, moonshine music. What can we distil?”

Staying fresh in the mind

Bonham is certainly a character and his songs that are inspired by reimagining what might come out of America’s musical roots today are chock full of quality, but what is interesting is how the trio are releasing their music.

By drip-feeding their work across the year (one EP has already been released in ‘American Wilderness’), Bonham and the Long Road are aiming to release four EPs, each with three or four tracks on, with the intention of always sticking in people’s minds – and also adapting to the music industry of 2020.

“I think the thing we have all realised is the music industry has changed a lot in the last five to 10 years and the idea of creating an album that embodies your idea of a musical statement is still a valid one – people still do it and we might still end up releasing the tracks we are recording now as one body of work eventually – but the way that people consume music has changed,” Lydon says. “So we figured, ‘let’s try something a bit different.’”

“It’s a way to keep your name in people’s minds,” Moore adds. “It’s a natural cycle with an album as with the best will in the world, you could have 12 fantastic songs, but after the first initial rush of interest, it’s hard to keep that interest there. However, if you can split it into different releases…we’re hoping it will pay off.”

Being found by songs

By doing that as well, the three aren’t limited to what they have in mind – they can always take out and change songs for the later releases, depending on how they feel is best to approach the situation.

When it comes to writing songs, Bonham certainly has an art for it and when explaining his process, it’s clear that his methods work best when he has both Lydon and Moore to run his ideas by.

“I’ve got 32 notebooks from the years of travel and it’s like picking up pebbles,” Bonham explains. “You see something or you have an idea and you write it down. I personally don’t rush to record it, I let that hang around in my brain for a while and then sometimes something else occurs to you and you have this kind of spirit or something. Then comes this interesting job of extracting it and making it into something that other people can hear and listen to. That’s when I work with these two magicians and we pull it together and make something solid out of it.

“Some of the songs I can sit down and write in two minutes and others take years, but I just keep picking them up, putting them down, polishing them and then seeing what is going to occur. To me, every song on the EP, I can point to a moment on my travels where it found me. Songs find you, you don’t create them.”

Everything about Steve Bonham and the Long Road is out of the ordinary, but with the songs they have at their disposal and with the forward thinking to deal with the present day, there’s no reason why they can’t flourish all year round.