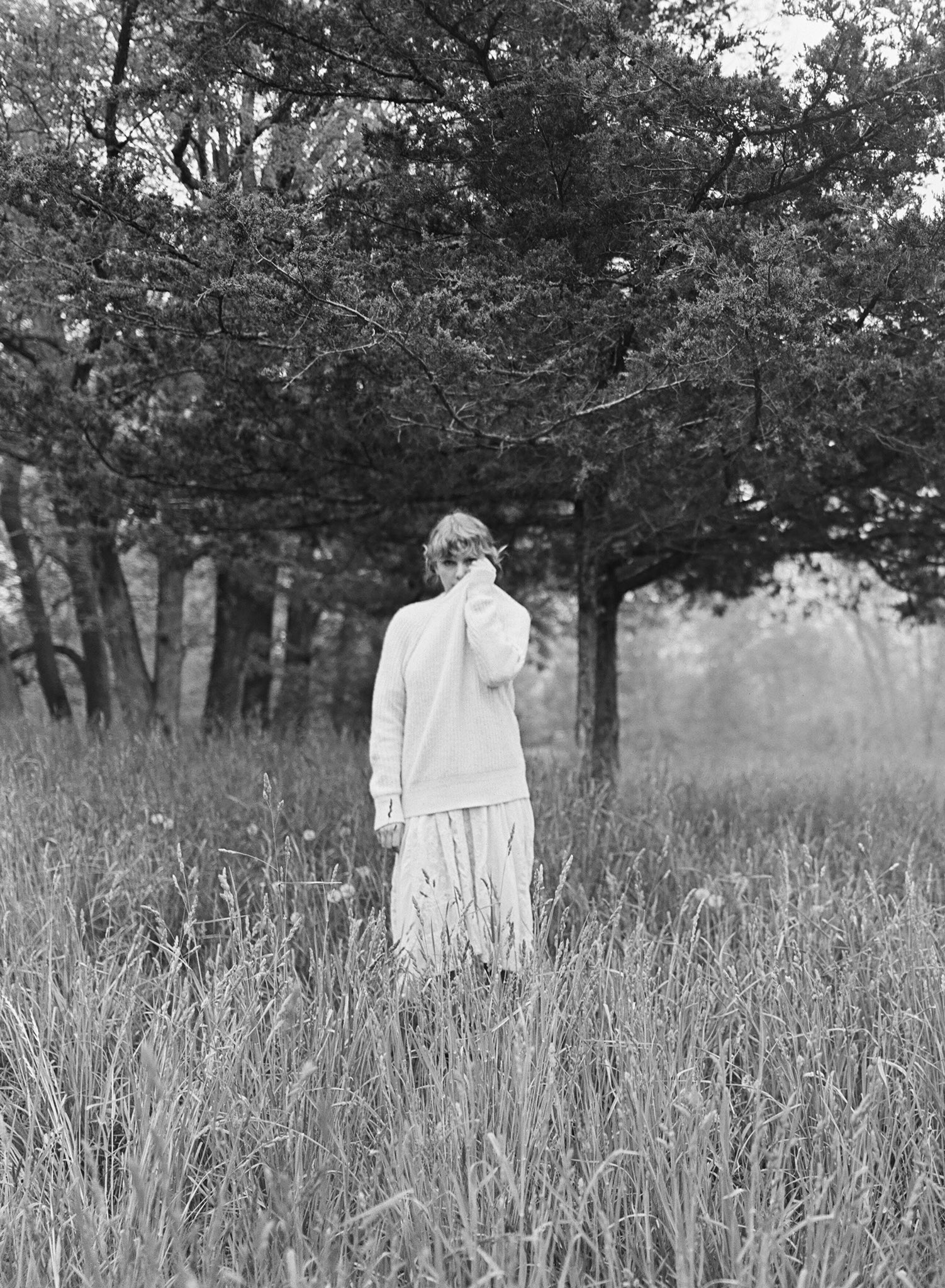 Taylor Swift has surprised fans by announcing the release of her eighth studio album, which she recorded during lockdown. The album is called Folklore.

The pop star, 30, said Folklore will be released on Thursday at midnight US eastern time (Friday at 5am BST). As the world went into lockdown to tackle the coronavirus pandemic, Swift did what she does best – wrote and recorded an entire album.

She said in the past she would have “overthought” when to release the 16-track record, but that the uncertainty of the world at the moment reminded her “nothing is guaranteed”.

In a series of Instagram posts, accompanied by a collage of black and white photos of Swift alone in a wood, she wrote: “Most of the things I had planned this summer didn’t end up happening, but there is something I hadn’t planned on that DID happen. “And that thing is my 8th studio album, Folklore. Surprise. “Tonight at midnight I’ll be releasing my entire brand new album of songs I’ve poured all of my whims, dreams, fears, and musings into.

“I wrote and recorded this music in isolation but got to collaborate with some musical heroes of mine.” 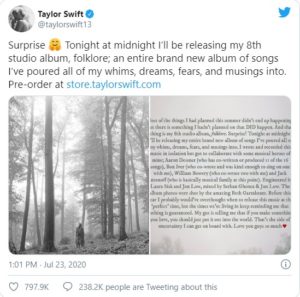 She said Aaron Dessner from rock band The National co-wrote or produced 11 of the songs, indie folk band Bon Iver co-wrote and sang on one track, William Bowery co-wrote two, and her long-time collaborator Jack Antonoff also worked on the album – all remotely. Dessner posted one of Swift’s pictures and said she approached him in late April when he had been isolating with his family and “writing a ton of music”, which he shared with her.

Within a few hours, he said, Swift sent him a voice memo with a fully written version of a song. “The momentum never really stopped,” he said. “She is one of the most talented, hardworking and deeply caring artists I’ve ever encountered. There’s a palpable humanity and warmth and raw emotion in these songs.”

Swift added: “My gut is telling me that if you make something you love, you should just put it out into the world. That’s the side of uncertainty I can get on board with. Love you guys so much.”

The singer also shared a track list for the album, including The Last Great American Dynasty, Exile and Mad Woman. She said deluxe editions, which will only be available on CD or vinyl for a week, will include a bonus track called The Lakes.

There will be eight editions, each with different covers that can only be bought from taylorswift.com. The music video for one of the songs, Cardigan, will also be released on Thursday night.

Swift said she wrote and directed it, adding: “The entire shoot was overseen by a medical inspector, everyone wore masks, stayed away from each other, and I even did my own hair, makeup and styling.”