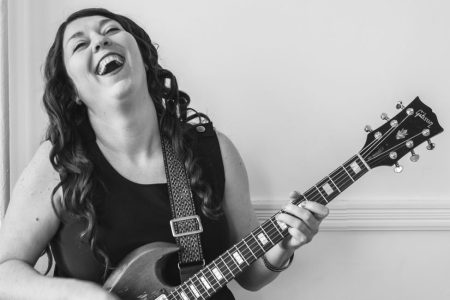 With her recently released new album EVERY TIME MY MIND RUNS WILD being well received in the UK media, Hamilton’s Terra Lightfoot is pleased to announce her return to the UK this September /October, with a string of live dates.
Whether you’re talking about her as a songwriter, guitarist or vocalist, one thing is Indisputable: Hamilton’s Terra Lightfoot is a ferocious talent. Her songs tap into the raw emotion of hearts supercharged by love, lust, loneliness and temptation. Her playing melds expert finger-picking and distorted, hook-heavy melodies. And her elemental voice commands attention and awe, whether on slow-burning soul ballads or hard charging rock numbers.
On stages in France, the UK and across Canada, Lightfoot has performed alongside the likes of Emmylou Harris, Gordon Lightfoot, Ron Sexsmith, Built to Spill, The Both, Albert Lee, James Burton, Grace Potter, Blue Rodeo, The Sadies, and Daniel Lanois. She also stays busy as part of country band Dinner Belles.
In writing and performing her new material, Lightfoot set out to push her limits as a performer and challenge herself creatively. Where her debut was given to slower, softer songs and a subdued vibe, Lightfoot’s new album crackles with immediacy and demands attention. From the moment you put it on, the album announces Lightfoot’s arrival as a confident and natural lead performer.