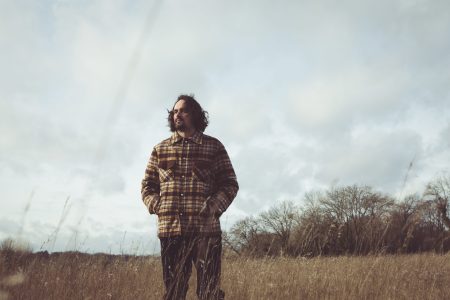 ‘Wish You Were Here’, the new single from Hertfordshire singer-songwriter Terry Emm is both a trip down memory lane and the start of a new era for the artist.

His first release since 2018’s ‘Ornate’ EP, the poignant single sees Emm revisit a song from his second album from over ten years ago, with new collaborator Lukas Drinkwater (Emily Barker, Jacob & Drinkwater, Annie Howie) on production duties and adding new instruments. The track is now taken in a stunning new direction with a carefully crafted velveteen 70s vintage sound that tugs on the heart strings with its wide-eyed sentiments of love and loss.

“The song is a reworking of a track called ‘Here’ from my 2012 ‘Petals Fallen Off The Sun’ album”, says Emm. “That album was my ‘difficult second album’ in many ways and I always felt like ‘Here’ was one of my best songs that hadn’t quite been realized yet and one day I’d revisit it. The idea stuck with me for some time, niggling away, so I felt like it must be done. So now, in a way to introduce myself back into the world of music, I thought why not touch on the past but also bring things up to date at the same time.”

Like all of his previous works, the single draws lyrically on Emm’s unique take on the world and again exhibits his non-routine way of structuring and composing songs. Now wrapped in a classic Americana singer-songwriter coat, with Lukas Drinkwater’s superb Fender Rhodes & double bass flourishes, ‘Wish You Were Here’ has been enriched.

“Every recording is subjective and captures a creative moment in time as it is and that’s what can make re-visiting songs years later in a new production setting really fun. When demoing material, I always end up with so many versions of songs and you almost want to release all of them with all their variations.” Emm explains. “Lately, I have also been relating to this particular song’s themes again and it has been cathartic to open up to it again. It felt like the song maybe had more to say or do somehow in the world at this time”, he adds.

However, in 2021, Emm’s song ‘Gently’ was featured at a key moment in the narrative of award-winning Toronto based author Jacquelyn Middleton’s Amazon #1 best-selling novel ‘The Certainty Of Chance’, proving the ability of his music to travel around the globe and perhaps hinting at a change in the tide for his career.

Wish You Were Here is out NOW!