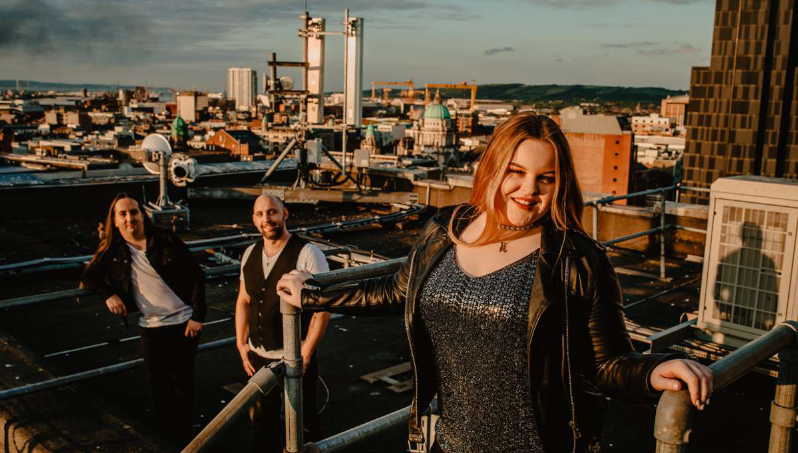 The Rising have released a studio version of their cover of Love Machine by Girls Aloud, which represents the first phase of a new strategy from the trio. You can listen to the song here.

Made up of Chantelle McAteer and Chris Logan, the band are now operating predominantly as a duo and their new strategy is to release a new single a month for the foreseeable future.

The song came about after they were asked to come up with an unexpected cover for a BBC Introducing session, which subsequently received a very positive response, to the point that they have opted to release it as a single.

The re-imagined version of the 2004 Girls Aloud song, which peaked at Number Two on the UK charts upon its release, features cowbell and banjo and is a totally different version to the original, while Pete Maher (U2, Rolling Stones, The Killers, Snow Patrol) mastered the song.

Later on in 2020, The Rising are planning to embark on a UK and Ireland tour, with one date already pencilled in for March 2020 and with many more set to follow. Full dates can be found on the band’s website, which can be accessed here.