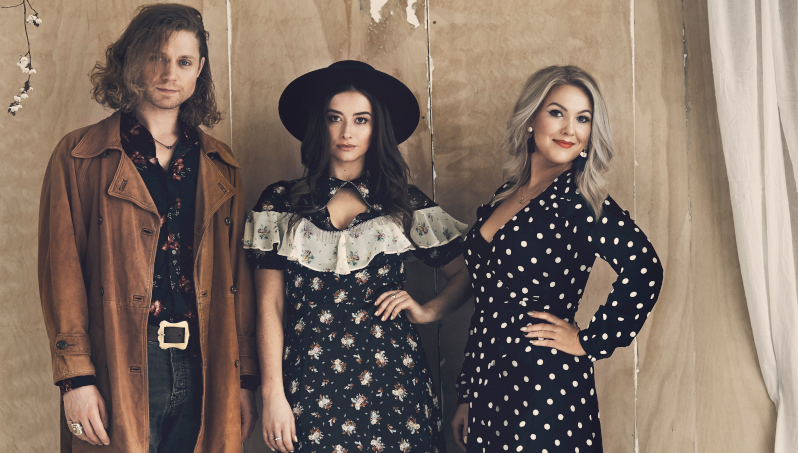 The Wandering Hearts will be hitting the road once more in April 2020, with a 13-date intimate tour pencilled in the diary. Tickets go on sale at 10am on December 13 and can be purchased here.

In typical fashion, the group – consisting of AJ Dean, Chess Whiffin and Tara Wilcox – have had a very busy year, performing on the Spotlight Stage at C2C 2019, appearing as a Main Stage act at Black Deer Festival and also supporting Ward Thomas, which  included a date at O2 Shepherd’s Bush Empire.

In addition, the trio have been working hard on recording the follow-up to their hugely successful debut album ‘Wild Silence’ while also releasing three covers – Jealous by Labrinth, when the party’s over by Billie Eilish and Nothing Breaks Like a Heart by Miley Cyrus and Mark Ronson.

Taking to their Twitter account, the group outlined their intentions for the tour and that they have tried to include a number of places that they have never played in before to try and reach all corners.

“In Harmony – an Intimate Tour. An evening of songs old and new and the stories behind them,” they posted. “In April 2020, we’ll be travelling to some towns and cities we’ve never visited before – & some we have – to try and reach as many of you as possible.”

The Wandering Hearts will be playing: