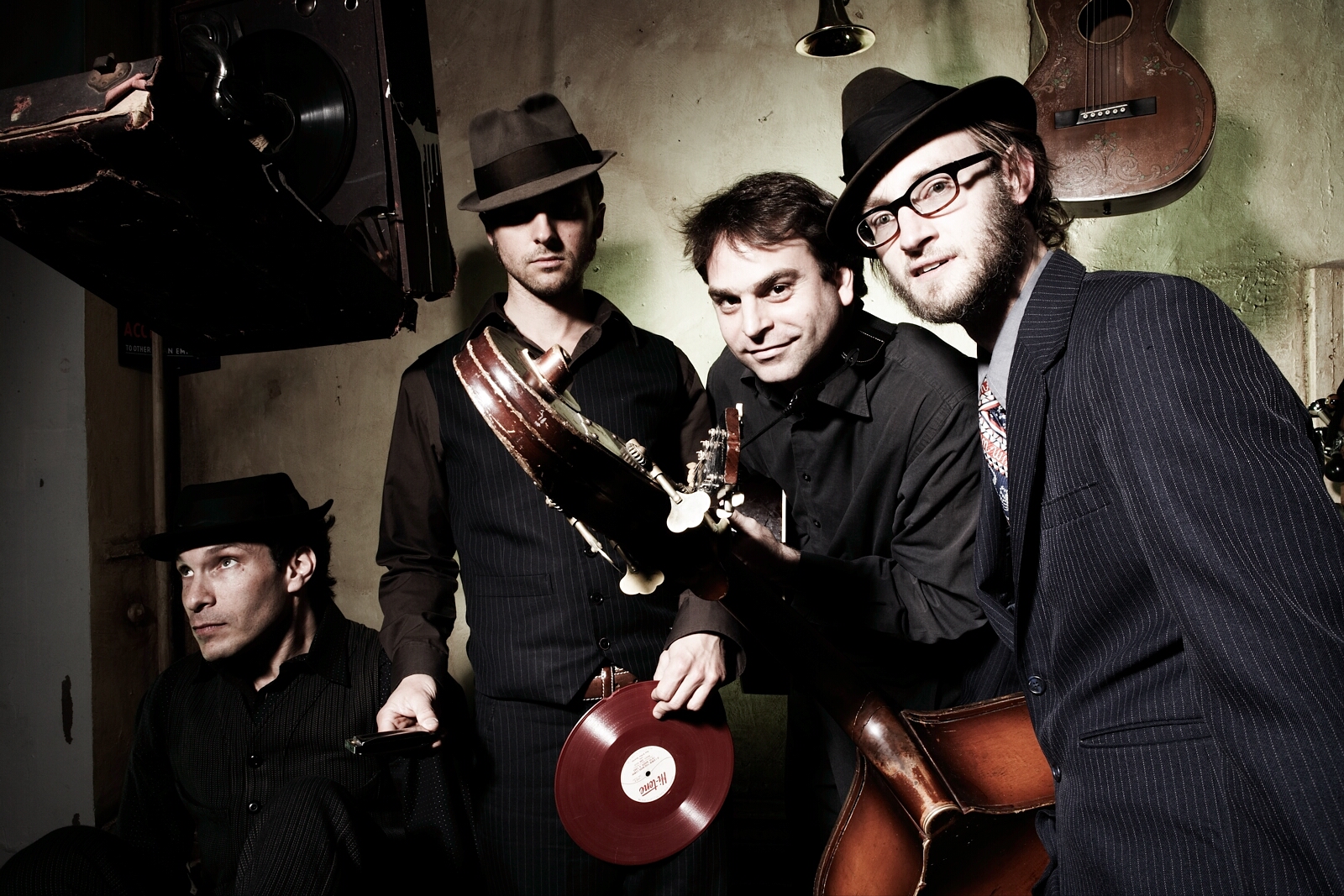 Back in April 2011, The Wiyos told me: “We’ll be back; maybe next winter.” True to their word, their return trip coincided with our first snow of the season. The last time I saw them, they debuted some songs for their forthcoming CD, based on the Wizard of Oz. This year’s tour featured the new material, with virtually the whole of the first 60 minutes being devoted to TWIST. The familiar sight of the tree of percussion occupied centre stage before the Wiyos appeared. One could easily spend a considerable amount of time analysing the contents of the stage. Alongside the various instruments-from keyboard to cornet-there lurked the unusual sights of an air raid siren, an apple and a large bag of monkey nuts. It all added to the effect.

TWIST is a truly extraordinary piece of work. It was brought to life at the Cluny by an equally extraordinary performance. The harmonica and a few jingles on the tree of percussion started a slow and warped version of Somewhere Over The Rainbow” and the rest of the Wiyos joined in one by one, with bass, keyboards, drums and guitar all contributing little bits and pieces. The fabulous opening line: ‘Last night my house came down on a witch…’ heralded an evening of top quality entertainment. There are now five Wiyos. Michael Farkas, Teddy Weber and Sauerkraut Seth Travins were all together last year, when they were joined by special guest Andy Bean (one half of the Two Man Gentleman Band). This time, the core trio was augmented by Brian Geltner (drums) and Kenny Siegal (keyboards and guitar).

The new instruments fill out the sound, allowing the extremely intricate TWIST to be unleashed with the force of a Kansas twister. What a night! My advice is to get out and see The Wiyos if they come anywhere near you. It’s an experience you’ll never forget. We want them to come back again as soon as possible.