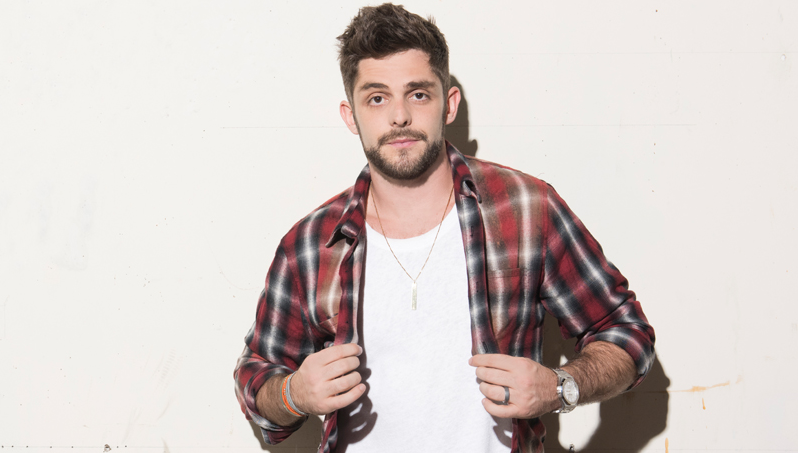 Thomas Rhett has released not one, but two Christmas songs in the shape of Christmas in the Country – an original – and a cover of The Christmas Song. You can listen to both songs here.

2019 has been a hugely productive year for Rhett, who only released his fourth studio album ‘Center Point Road’ at the end of May, which has gone on to be nominated for both CMA Awards (Album of the Year) and Grammy Awards (Best Country Album).

On the back of that success, Rhett has now opted to delve into Christmas music and worked with David Garcia, Ashley Gorley and Chris Tomlin for the writing of Christmas in the Country, before deciding to cover the classic The Christmas Song, which was famously covered by Nat King Cole.

Speaking about the songs, Rhett said that the festive period is the time of the year he most looks forward to, while also adding that his wife Lauren has been hoping that he makes Christmas music for quite some time.

“Christmas is hands-down my favourite time of year,” Rhett said. “We have so many Christmas traditions in our family that include a lot of festive music, but I’ve never recorded anything myself.

“Lauren has wanted me to make some Christmas music for a long time, so this year felt like the right time to finally take a stab at writing something and to put my own twist on one of the all-time classics.”

Though nothing is confirmed, it seems possible that Thomas Rhett will be back in the UK next year to tour ‘Center Point Road’, with his last appearance this side of the Atlantic being in 2018 when Rhett headlined the Eventim Apollo in London.