TJ Walker Releases single ‘A Better Me’ and Shares Video 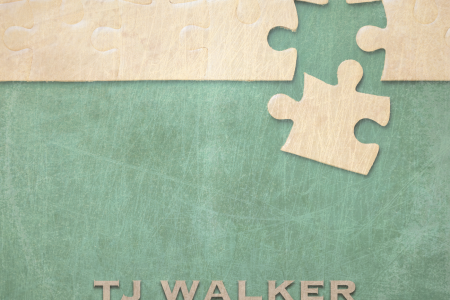 Multi-talented, singer-songwriter, guitarist and producer, TJ Walker releases his latest single ‘A Better Me’ and its accompanying video. Sure to appeal to TJ’s fans and lovers of Country, blues and Americana, and more beyond, you’ll find the song features TJ’s trademark cool, clever lyrics (with a new twist, as he explains below), along with his sweet guitar work; now aided and abetted by his new band.

Despite having Country and Americana running through his blood and soul, TJ (Tom) Walker is UK-based.  His 10-track debut album ‘The Long Game’ took the term ‘solo album’ quite literally, even to extremes: not only did TJ write all its songs, sing, and play every instrument throughout the entire album, he also recorded and produced it in his well-equipped studio at home!

‘The Long Game’, was a labour of love, drawing together the rich repertoire of original Country and Americana material he’d created, inspired by music he loves and artists he admires (like The Band, Brothers Osborne and Little Feat) combined with the stories and imagery of his favourite lyricists (such as Jason Isbell and Lowell George).

For his sophomore album, ‘Halfway to Somewhere’, TJ Walker broadened his genre horizons, without sacrificing his originality or love of storytelling in song, and gave more limelight to his guitar. What’s more, Tom also now has a band (named The Long Game after his debut album): that’s Mike Drinkwater on keyboards and backing vocals and Ralph Millington on drums and also BGV. They’ve worked together live and recorded ‘Halfway to Somewhere’.

TJ’s sound has moved away slightly from the straight-ahead Country sound of his 2019 album to a more Bluesy-Rocky sound, but he’s still retained the Country/Americana influence.

“My main forte has always been my guitar playing, but with the last album the emphasis was more on the songs,” TJ explains, “I’m slowly but surely bringing out more of the guitar: too many people asked where it was on the recordings for me to ignore! The COVID situation meant that I’d not been gigging, so I took to playing my guitar and practising at home more than I ever have (or at least since I was at school). I’m loving playing the instrument for its own sake again!”

“Genre-wise,” TJ reflect, “you’ll find ‘Halfway to Somewhere’ broader and more varied than its predecessor: some of the tracks nod towards the blues, even classic rock at times, but all the time the lyrics are telling stories.”

“’A Better Me’ is the most positive and romantic song I think I’ve ever written!” he reckons, “Quite often, the protagonist in my songs is having complications in a relationship, is chasing someone who remains elusive or is looking back sentimentally on better days, but this song is about someone in a relationship that makes them feel complete.

“The idea came from thinking about different flavours that, when put together, make each element better than it would be on its own — cream/coffee, sugar/sweet tea — so how that could apply to 2 people who bring out the best in each other.

“I was a little worried about presenting this one to the band, as they’re used to me being a little more cynical: they might have thought I’d gone soppy on them, but they also liked the idea!

“One of my favourite parts of the song is in the second verse, with a line about going to church: Mike and Ralph become a choir that sing a call and response to my vocal, along with Mike’s brilliant, soaring gospel organ.”

The video puts up a retro-looking American road trip backdrop in front of which TJ reflectively sings and plays, along with images illustrating the song and its themes of missing pieces, combination, and completion — even redemption.

TJ Walker’s new single ‘A Better Me’ is out now and available on all digital platforms.

If you’ve an appetite for fresh, original Country and Americana talent, great storytelling and songwriting, combined with varied and skilled guitar work and verve aplenty, check out TJ Walker. You’ll be glad you did!

The album – Halfway to Somewhere will be released 28th Oct, 2022