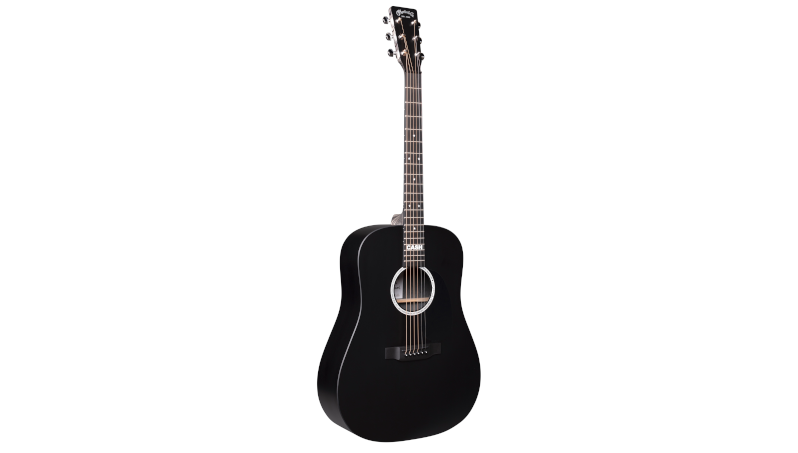 Maverick’s Lifestyle Editor, Eric Dahl, has been a very busy man testing out new products and appliances, one of which being the new DX Johnny Cash Martin guitar

This past September in Nashville, TN, members of the C.F. Martin Company, media representatives, John Carter Cash and Carlene Carter all gathered for the release of the new DX Johnny Cash Martin guitar.

Created in collaboration with Johnny’s son, John Carter Cash and the Cash Foundation, the guitar is an affordable alternative to higher end Martins that Cash played during his career.

Always ahead of his time in music and style, Johnny Cash was the first artist to receive a custom ordered Martin finished in all black to match his style and persona in the 1970s.

That iconic D-35 Martin graced many stages over the years and in 2006 Martin released a commemorative D-35 Johnny Cash model. Much like his father John Carter Cash is proud of the Martin affiliation and the level of craftsmanship they put into each instrument.

The new DX Johnny Cash Martin is a dreadnaught body finished in solid Jett black with the Cash name inlayed in the fretboard. To keep costs down the top, back and sides are constructed from (HPL) high-pressure laminate, the neck is a black birch laminate and the fingerboard is Richlite.

What surprised me is that the guitar comes equipped with the Fishman MX electronics system factory installed (with most Martin’s this is an option).  Controls are inside the sound hole for easy access and the battery compartment is at the bottom of the body next to the input for ease access, while also included with the instrument is an embroidered gig bag.

At the release party, I was allowed to play the DX Johnny Cash acoustic guitar.  The high-performance neck taper and tonality when strummed or picked resonated with the feel of an expensive guitar.

The finish seemed very durable and the inlayed stars and Cash logo in the fingerboard really pop visually when you are holding it, as does the custom rosette around the sound hole with Johnny Cash’s signature printed at the bottom.

John and Carlene were both extremely pleased with how the completed guitar came out and it was obviously a goal to get this instrument into the hands of beginning and intermediate musicians who can’t afford a custom shop Martin, but still required a well-built instrument that they could learn and perform with.

Having the ability to place a Johnny Cash instrument into up and coming artists also keeps his musical legacy alive for future generations, just as John Carter Cash has done through his music and the artists he records and produces at Cash Cabin studios, which Johnny had built as a personal sanctuary in 1979). The guitar’s body size is a D-14 fret, which makes it very comfortable to play seated or standing.

This Martin won’t replace your favorite D28 Martin, but I see it as an ideal singer/songwriter guitar that you wouldn’t be afraid to bump, scratch or play as hard as you needed to while conjuring a new song from it.

Martin Guitars has created a winner in the features of the DX Johnny Cash Martin and the value. I’m considering purchasing one myself, as I am listening to a Johnny Cash song playlist as I write this article. I believe the man in black would be proud to have his name on this guitar!