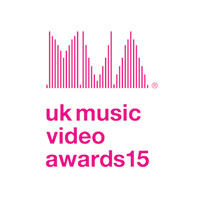 June 24 marked the launch of the seventh annual UK Music Video Awards, almost 50 years since the release of the film which is considered the forerunner to the music video: Richard Lesterâ€™s â€˜A Hard Dayâ€™s Nightâ€™ on July 6th 1964. Last year, some of the UKâ€™s most exciting young directing talent picked up awards for outstanding music videos including Rudimentalâ€™s Not Giving In, London Grammarâ€™s Wasting My Young Years, and Naughty Boyâ€™s La La La featuring Sam Smith. International winners included the video for Yeah Yeah Yeahsâ€™ Sacrilege, and French techno artist and DJ, Gesaffelsteinâ€™s, video for the track Pursuit (which has since collected the D&AD video award), while video of the year went to Flying Lotus for Until The Quiet Comes which includes a performance by street dancer, Storyboard P. Awards were also presented last year to Led Zeppelinâ€™s Celebration Day for Best Live Coverage, and legendary film, documentary and music video director Julien Temple was honoured with the Icon Award receiving it from The Kinksâ€™ Ray Davies. This yearâ€™s UK Music Video Awards, which is set to return to the Southbank Centre in London on Monday November 10, offers more opportunities than ever for individual directors, producers, and commissioners of music videos to gain recognition for an impressive body of film work over the past 12 months. Entries are now open. There will also be a brand new award for the Best Video Artist for a band or individual artist who has delivered an outstanding set of 3 or more videos in the past year. The UK Music Video Awards editorial director, David Knight, says, “This year’s UK Music Video Awards will celebrate the gamut of music video creativity over the past year, and show how music video continues to nurture new talent in every department of filmmaking. The 50th anniversary of A Hard Day’s Night highlights how the art of music film and video in Britain has a fantastic heritage, which the MVAs does more than anyone to recognise.” The UK Music Video Awards 2014 is now open and accepting entries in over 30 separate categories, including genre-led awards, as well as specific technical and craft awards. Entries can be made via the MVA website www.ukmva.com and the deadline is August 6.