Unlike some others, Chris Shiflett proves he's not a Pretender 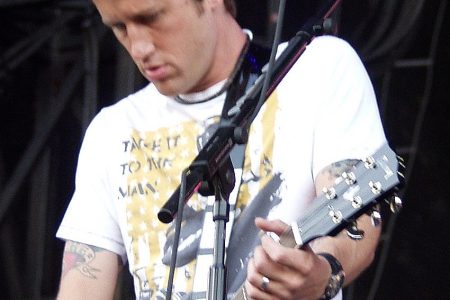 Fresh from headlining Glastonbury with the Foo Fighters in June, the guitarist came back in the UK to tour his excellent new album, ‘West Coast Towns’, and spoke to Peter Mawson about his country journey.
What is it about country music that is inspiring you? It’s quite a change from what you’ve done previously with Foo Fighters, so is it the end of the work with the Foo Fighters and all about country now?
I’ve been a big fan of country music for a long time, so I think maybe to people that don’t know me personally it might seem like a strange left turn or something, but really it isn’t for me. You know, beginning with the first Dead Peasants record I did was the first time I started to veer into that sound a little bit, and then I did a record of honky tonk covers a few years ago and then with this one. It’s sort of an evolution I guess. I have always liked country music for a long time and Americana or country and all that stuff, roots music of all kinds and I have always been in love with twangy guitars.
So in real terms, this is about your soul coming out in the music. You have realised that you are in an acclaimed musician in your own right, but this seems to me to be a bit more about you the person, Chris the man.
Well, this is it. I mean this is the direction that my song writing has gone, so.

“It’s always in the back of your mind that you’re going to look like a carpetbagger in some other genre…but to me, this is the music that is near and dearest to my soul”