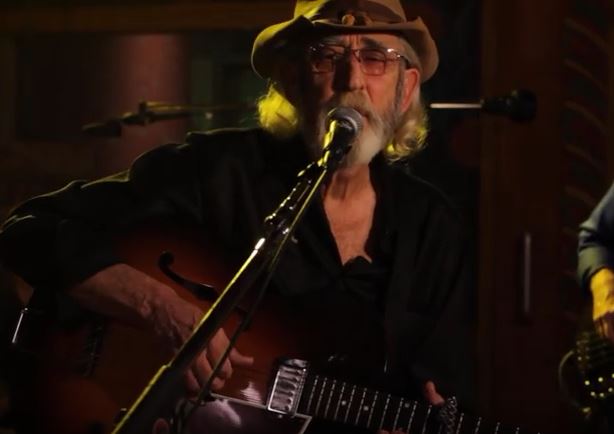 Don Williams, the singer behind ‘Tulsa Time’, ‘Lord, I Hope This Day Is Good’ and ‘It Must Be Love’ has died at the age of 78.
Adored by Country fans and Popular music fans alike, the star passed away yesterday after what has been described as a short illness.
Born in Texas in May 1939 the singer originally performed in the duo Strangers Two Lofton Kline and went onto become part of the folk-pop trio known as the Pozo-Seco Singers, based in Nashville. ‘I Can Make It With You’ and ‘Look What You’ve Done’ followed in late 1966.
Jack Clement signed Williams as a songwriter to JMI Records, and in 1972 ‘Don’t You Believe’ was released followed by ‘We Should Be Together’ in 1974 becoming the singer’s first Top Five solo hit.
Williams was crowned CMA Male Vocalist of the Year in 1978, with his version of Danny Flowers’ “Tulsa Time” earning CMA Single of the Year.

Williams’ songs have been recorded by country superstars Alan Jackson and Lee Ann Womack, as well as rock legends Pete Townshend and Eric Clapton. Last May the tribute album Gentle Giants: The Songs of Don Williams was released featuring performances by Alison Krauss, Chris Stapleton, Pistol Annies, Brandy Clark, Keb’ Mo’, Trisha Yearwood, Garth Brooks, Lady Antebellum, songwriter Roger Cook, Dierks Bentley, John Prine, and Jason Isbell and Amanda Shires.
Williams appeared in Burt Reynolds’ films W.W. and the Dixie Dancekings and 1980’s Smokey and the Bandit II in 1975.
His LP My Heart to You was released in 2004; two years later Williams retired. In 2010 Williams returned to the Country music scene and was promptly entered into the Country Music Hall of Fame, by which time the singer had released more than 35 albums. His most recent studio album, Reflections, was released in 2014.
“In giving voice to songs like ‘Good Ole Boys Like Me,’ ‘Lord, I Hope This Day Is Good’ and ‘Amanda,’ Don Williams offered calm, beauty, and a sense of wistful peace that is in short supply these days,” Country Music Hall of Fame and Museum CEO Kyle Young said in a statement Friday. “His music will forever be a balm in troublesome times. Everyone who makes country music with grace, intelligence, and ageless intent will do so while standing on the shoulders of this gentle giant.”