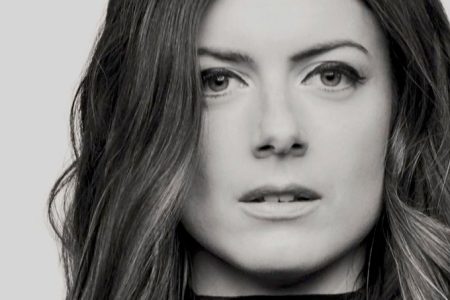 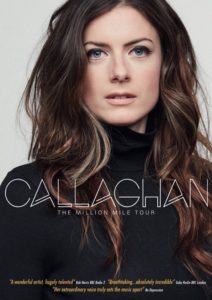 “I can’t wait to get back on the road in the UK and get this new music out there.” says US based Callaghan “After almost 10 years in the USA I’m planning to spend the first half of 2020 in the UK writing, touring and catching up with friends and family. I’m really excited to be coming home for a while!”

Callaghan’s Spring Tour stretches from Maidstone to Glasgow and includes a show at London’s St Pancras Old Church and a home town show at Lincoln’s Drill Hall. The tour will celebrate the release of her latest project Callaghan’s Acoustic Coffee House 2. Callaghan has christened it The Million Mile Tour – “I realised that sometime in 2020 I will hit half a million miles of touring since I moved to the US in 2010. My car just quit at 440,000 miles, but I’m not nearly done playing my songs yet, so let’s aim to reach a million miles in the next few years”.

Eight tracks on the new album were recorded as a live session in Nashville earlier this year. The record includes stripped back versions of Callaghan’s own songs and some of her favourite songs by other artists. Callaghan was inspired to record her version of James Taylor’s Fire & Rain after meeting the star when they both performed at the British Summer Time Festival in London’s Hyde Park in summer 2018. Earlier this year she participated in the Buddy Holly Education Foundation’s songwriting retreat in Buddy’s hometown of Lubbock Texas. Buddy’s iconic song Raining in My Heart is another of the covers Callaghan chose for the album.

Other tracks include Callaghan’s original songs I Was Made For You, Better Together and Before The Time Runs Out. There are two special duets, one with Tennessee artist Erick Baker performing their co-written song Unspoken Words, and a duet of Love Hurts which Callaghan recorded with Atlanta artist and Grammy-nominee Shawn Mullins. The album rounds out with four live tracks from a show at Georgia’s Red Clay Music Foundry; including Callaghan’s epic track Broken and a cover of Coldplay’s UFO.

Tickets for Callaghan’s UK Spring Tour will go on sale on Friday November 14. The next day Callaghan will release the four track EP “A Taste of Acoustic Coffee House 2” on streaming services. The EP will feature Raining in My Heart and the Callaghan originals I Was Made for You, Unspoken Words and If You Miss Me. The full 12 track album will release on Friday January 31.

Callaghan’s stunning voice and emotive songwriting have won her a growing fanbase on both sides of the pond. Originally from Lincolnshire, she moved to the USA in 2010 to tour and record with Atlanta based Grammy-nominee Shawn Mullins who described her as “a voice the whole world needs to hear”. Since then she’s gone on to become a headliner in multiple US cities.

In 2015 Callaghan’s second studio album A History of Now was recorded in Nashville and released in the UK. Since then her UK profile and touring have grown steadily with BBC Radio 2 and local radio giving her music substantial support and festival appearances at British Summer Time, Cornbury, Celtic Connections, SummerTyne Festival, The Secret Garden Party and Cambridge Folk Festival. She’s also played live sessions for BBC Radio 2’s Bob Harris, Good Morning Sunday and BBC London’s Gaby Roslin as well as at local BBC stations across the UK.

Gaby Roslin has described hearing Callaghan live as “Breathtaking…absolutely incredible”, while the UK’s Maverick Magazine recently called her “a singer-songwriter of a seriously high standard.”

Find more information about Callaghan’s music and tour at www.callaghansongs.com

Callaghan’s Acoustic Coffee House 2 out January 2020 with a taster EP out November 15. Tickets for The Million Mile UK Tour on sale on November 14

Tickets on sale Thursday Nov 14 at 9am www.callaghansongs.com