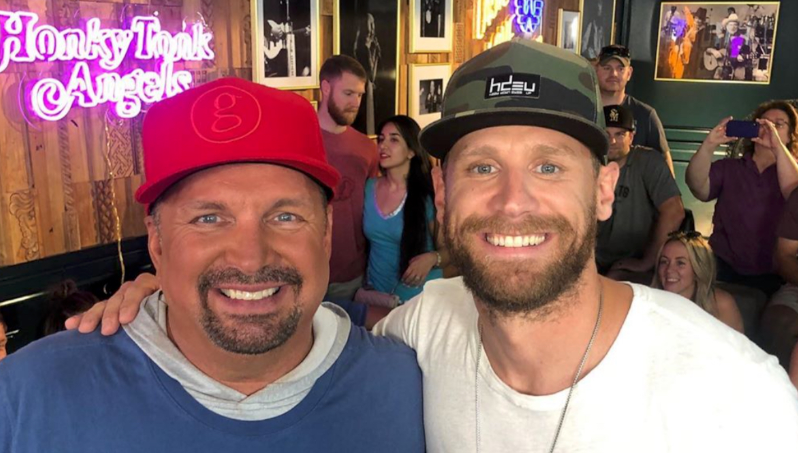 The weekend plans of Chase Rice have changed suddenly after he was asked by Garth Brooks to open for him at one of his stadium shows in the US.

Brooks is currently embarking on ‘The Garth Brooks Stadium Tour’, which has seen him play some colossal shows out in the States to some mega crowds and his next stop is at the Ford Field Stadium in Detroit, Michigan.

The 70,000 capacity venue sold out in under an hour and a half, but there will be a new addition at the home of the Detroit Lions in the shape of Rice, who will now kick off the show.

The news rounds off quite the story from CMA Fest 2019, when Rice was on Entertainment Tonight and spoke about his dreams of playing in the Nissan Stadium in Nashville, before Brooks surprised him and said that he would let Rice open for him if he does a gig at the venue.

It appears that while the location may have moved, the sentiment hasn’t and Rice will now open for one of his idols – something that he is very much looking forward to.

“Growing up, Garth was it for me,” explains Rice. “He was the first concert I ever saw as a kid growing up in North Carolina, and like I told him when he surprised me on set – he’s the reason I play country music today. To open a show for him, let alone in a massive stadium like Ford Field, is an absolute dream come true.”

It’s been a busy few weeks for Chase Rice, who not only wrapped up his ‘The Pint of Anything Tour’ across Europe – including a headline date at O2 Shepherd’s Bush Empire –  but also released ‘The Album Part 1 on January 24. Rice will also support Brantley Gilbert on his upcoming tour, as well as select dates on Rascal Flatts’ farewell run.

Just before his set at Shepherd’s Bush Empire, we spoke to Rice about his new album and his hopes for it, which you can read here.