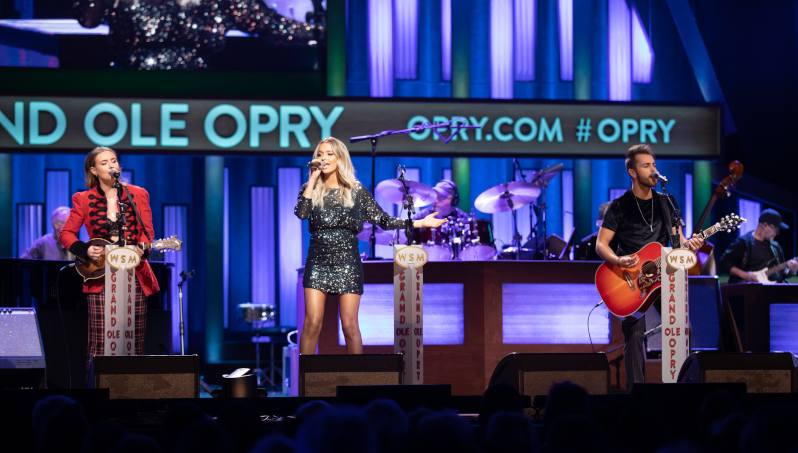 Temecula Road made their debut performance in Grand Opry House one to remember as they performed their brand new song Take Back.

The trio – made up of Dawson Anderson and sisters Emma and Maddie Salute – made their Opry debut back in November, but this was their first time in the Opry House as that performance was held in the Ryman Auditorium.

Take Back was something of a treat for those in attendance and watching on TV as it isn’t actually due for release for a fair few weeks yet, but it is due for release in the early part of 2020. The song was written by Anderson along with Ava Suppelsa and Steven Martinez, while it was produced by Andrew DeRoberts.

The second song that Temecula Road performed on the night was their stripped back cover of the Eagles classic Desperado, which was received very warmly when they visited the UK in October for Country Music Week – and again when they supported Scotty McCreey later that evening.

The group will be back in the UK very shortly for C2C 2020, with the group performing a number of sets over the course of the weekend. You can read our review of their October performance at CMW here.